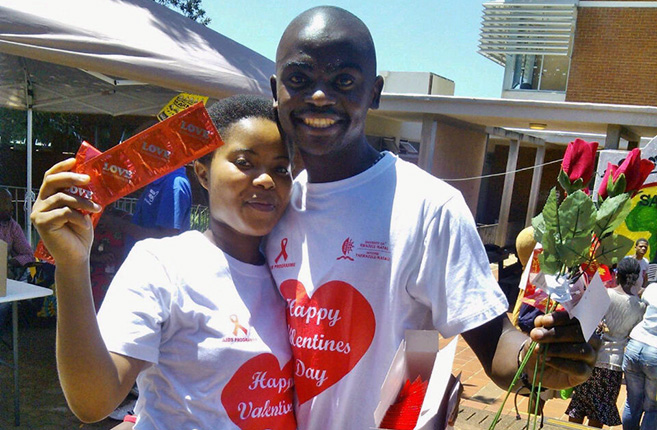 ‘The programme was held in the week leading up to Valentine’s Day when love is in the air with everyone’s attention on relationships and intimacy. It is important at such times to remember to be safe and responsible,’ said a programme organiser, Ms Noxolo Batembu.

The theme was: ‘You and I can prevent sexually transmitted infections’ and programme members went to all areas where students gather with the goal of providing educational information. STI information pamphlets and condoms were handed out.

Sessions were very informative and students received roses and valentine cards with a message promoting HIV counselling and testing. The emphasis was on promoting abstinence, faithfulness and the correct and consistent use of condoms.

The campaign aimed to:

·        reduce the rate of unwanted pregnancy amongst students;

·        increase awareness of the importance of knowing your status by testing regularly;

·        increase awareness of the availability of free, quality treatment in campus health clinics; and

The event was held in partnership with the Department of Health and various stakeholders.