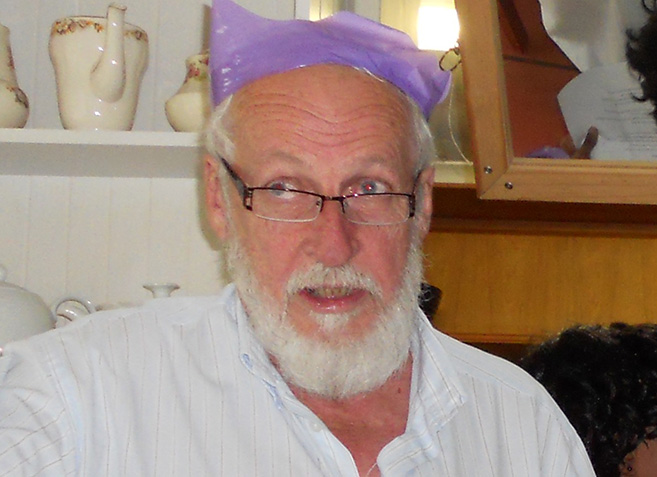 Known to his friends as “Mr P”, he had a long association with the Pietermaritzburg campus with his parents having lectured in Zoology in the then Faculty of Science during the 1940s and 1950s.

Ewer studied Mathematics at the University of Cape Town, gaining a BSc in 1965 and MSc in 1967.

He began his academic career as a Junior Lecturer at UCT followed by posts at the University of Cape Coast, Ghana; St Mary’s University, Halifax, Nova Scotia; Varndean School for Girls, Brighton, England as a Teacher; the University of Malawi, where he rose to Associate Professor and Dean; and then the National University of Science and Technology (NUST) in Zimbabwe.

While in England he completed a second masters degree at the University of Sussex in 1971 (with Distinction).  During his tenure as Senior Lecturer at NUST, Zimbabwe, he completed a doctoral qualification in 2000.

He excelled in Dynamical Systems, Nonlinear Difference Equations and Mathematics Education contributing to their development through the national structures for advancing the teaching of Mathematics in every country he worked in, often as a member of the National Executive.

Ewer taught Mathematics on the Pietermaritzburg campus and from very early after his arrival as a Senior Lecturer developed a reputation for being a tough but lovable teacher.  Students learned he was a high quality and caring teacher with their best interests at heart and his classes were always bursting at the seams.  For those modules that were duplicated to account for the numbers, several students either rearranged their timetable or “did” the other lectures by “correspondence” to ensure they got maximum exposure to this outstanding educationalist.  Students in “commerce” were renowned for this so his influence goes beyond the College of Agriculture, Engineering and Science.

His other great strength was his ability to create a cordial environment within which usually onerous administration tasks were done with an esprit de corps, largely generated from his personality and charisma.  His administration skills were well honed from his time at the University of Malawi where he served as Dean of the Faculty of Science for seven years, overseeing many new educational initiatives.

He also served UKZN tirelessly in this critical area, both as a volunteer and in various full-time and acting appointments.  He was always willing to assist the Faculty Office and exercised his extensive knowledge in academic rules and attention to detail until he was no longer able to operate a keyboard.  As was typical of the man, he completed the 2015 Student Handbook late in 2014 while in hospital fighting the cancer he succumbed to.

Such a meticulous brain is usually housed in a not always pleasant personality but this was not the case with Ewer.  His razor wit, plethora of appropriate jokes or stories and his willingness to participate in every fun-run, dressed as ridiculously as possible to honour the theme, will stay with all who had the privilege of working with him.

His willingness to listen made him friend and colleague to administrative, technical and academic staff across the University.  He was, for many years, a stalwart of the Grignard Pub darts team earning himself an “honorary” membership of the Chemistry Department.  He was also a very skilled bridge and poker player often putting a deadpan expression to good use to win money from unsuspecting young guns.

Outside of the University, Paddy’s reputation was also well established.  His encyclopaedic knowledge of just about everything was way beyond normal general awareness as was evidenced over many years of prize-winning participation in Pietermaritzburg quiz nights.

Those with a keen eye would have noticed the finger nails of his right hand were kept long.  This was for his quiet time when he played a classical guitar with considerable proficiency.

His great sporting loves were tennis and cricket.  He was a good tennis player, very encouraging to younger players, especially in Malawi where he provided material support to promote the game.  He served as an umpire for club cricket in KwaZulu-Natal for several years.

Our deepest sympathies to his wife, Paddy, and family.