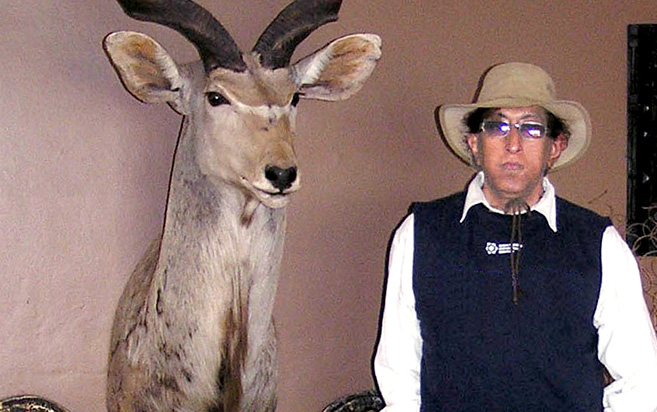 Honorary Professor of Life Sciences at UKZN, Professor Theagarten Lingham-Soliar, has published Volume II of his book: The Vertebrate Integument, Structure, Design and Function, which includes part of his work challenging some of the hypotheses on the widely-accepted theory that birds evolved from dinosaurs.

Lingham-Soliar, known for his strict evidence-based approach to science, has dedicated more than 15 years to studies on the integument, the outer covering of an animal - including feathers, scales and skin - and the largest organ of the body.

In Volume I of his book published in 2014, he focused on the origin and evolution of the integument, which drew considerable interest in the scientific community and took readers on a journey starting 450 million years ago (MYA) in the oceans, to the conquest of land, to dinosaurs and to our own distant ancestor over 200 MYA, the mammal-like reptiles. An exposition on the development and complexity of the integument demonstrates why ignoring such knowledge in the widely accepted theory that birds evolved from dinosaurs seriously undermines it.

In Volume II the emphasis is placed on the structure and functional design of the integument, with a brief introduction to some fundamental principles of physics (mechanics) including Newton’s Three Laws of Motion.

‘Volume II is a comprehensive and authoritative review of vertebrate integument structure and function; I think it will be a landmark work,’ said Professor Philip Motta of the Department of Integrative Biology at the University of South Florida in the United States. ‘It is definitely a must for students of vertebrate functional morphology.’

Besides being a Palaeontologist, Lingham-Soliar works on living animals, mainly sharks and birds. He found that there was little information on the microstructure of the feather, which might lead to an understanding of how it may have originated. Using rigorous and novel methods of investigation, Lingham-Soliar discovered that filaments in the feather midrib are organised as thick keratinous fibre bundles, considerably thicker than envisaged before, and that they were identical to the hair-like filaments in chicks, providing possible clues to how feathers might have evolved about 200+ MYA. As recorded in Volume II, the notable expert on feather structure, the late Professor Peter Stettenheim, remarked: ‘It is a fascinating and very original piece of work… your finding not only furnishes a good indication of how the rachis originated, but also seems to support the old notion that the earliest feathers were downy to provide warmth.’

An entire section of the book is dedicated to dealing with some of the controversies of bird and feather origins.

Lingham-Soliar’s investigations of feather-like structures found in the famous Liaoning fossils in China have sparked much controversy globally. While not necessarily disagreeing with the hypothesis that birds arose from dinosaurs, Lingham-Soliar refuted the hypothesis that integumental structures found in many small dinosaurs were ‘protofeathers’, stating that in all probability they were the degraded remains of collagen fibres, leading to Lingham-Soliar being one of the most cited persons on the National Geographic website at the time. His work has polarised scientists, but has also drawn praise from leading scientists in this field.

Evolutionary Biologist, Professor Walter Bock of Columbia University, in a review of the book, Riddle of the Feathered Dragons by Alan Feduccia said, in support of the collagen fibre hypothesis: ‘The current widespread belief that many or even most dinosaurs possessed avian feathers is simply fictitious and is based on a failure to know and/or understand these excellent papers by Lingham-Soliar.’

Feduccia, an S. K. Heninger Distinguished Professor Emeritus in the Department of Biology at the University of North Carolina in the United States, also supported Lingham-Soliar’s work.

‘The skin or integument of vertebrates and its derivatives are among the most important, but largely ignored, organs of the body,’ said Feduccia. ‘Professor Lingham-Soliar’s The Vertebrate Integument has brought this complex field up to date with the recent appearance of Volume II, treating primarily locomotion (that is motion in fluid, swimming and aerial flight) in diverse lineages of vertebrates.’

‘As a world expert on collagen, Lingham-Soliar astutely describes the mechanism of cross-fibers directly connected with high speed in fast swimming marine vertebrates. The author is at his best in the treatment of skin in diverse solutions to flight. I would particularly recommend the chapter on birds and their flight, which is clearly the best treatment of this subject available to date. The author does not shy away from controversial topics and has a particularly incisive section on the alleged existence of protofeathers in the well-preserved fossils of the Jehol Biota in China,’ added Feduccia.

On the note of controversy surrounding his work, Lingham-Soliar said: ‘Scientific values have given way to sensationalism and dogma, and the harm that is being done to evolutionary biology and the future of secular societies by some of the leading journals in the world will have impact for years.’

He dedicated his book to the children of Soweto in 1976 who he says were an inspiration to disenfranchised young people around the world.