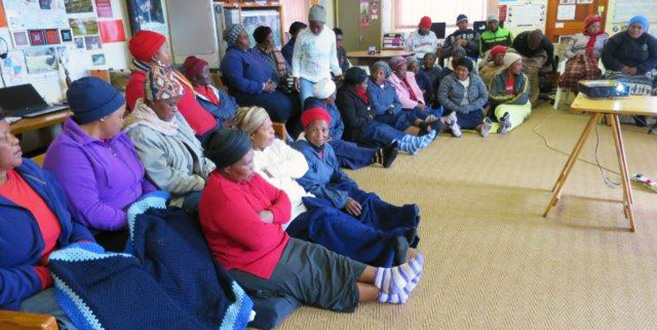 More than a year ago, a Paediatrician and Dermatologist at Duke University in the United States, Dr Neil Prose, and a UKZN Psychologist, Dr Thirusha Naidu, began a research project on the Woza Moya help centre in Hillcrest near Durban.

Woza Moya is an income generation project of the Hillcrest AIDS Centre Trust. It helps those in need to regain hope and dignity by getting them to use their creativity to earn an income.

At present Woza Moya acts as an agent for over 300 crafters. As the HIV and AIDS pandemic increases more families are turning to the project for help, and they are offered training in different crafts.

The goal of Prose and Naidu was to understand the specific routines and methods of leadership that have led to enormous success, and the very low turnover rate of its caregivers, despite their strenuous physical and emotional work.

After receiving permission from Woza Moya and ethical clearance from Duke University and UKZN, Prose and Naidu conducted interviews with staff and community members, group discussions with community caregivers, observed support groups in the community and just spent time at time at Woza Moya seeing how people work together.

The duo returned to Woza Moya last month to share what they had learned with a large group of caregivers and the Woza Moya staff. They explained that they had identified two specific methods that sustain the work at the centre.

The first relates to specific rituals that occur every morning at the Woza Moya office and in support groups for caregivers and for community members.

They noted that the Woza Moya community often met in circles to think, talk and reflect about the things they experienced in their work and within their own lives and families.  In the circles, participants use both mindfulness (concentrating attention and energy on what is happening right now) and reflective practice (thinking carefully about feelings, words and actions and how these impact on others).

Secondly, Prose and Naidu believe that Woza Moya’s success is due to the fact that the project operates under a good leadership team.

People are expected to give and receive respect. The Centre believes in people and constantly invests in skill development for staff members and the local community. The organisation’s leadership is accountable for its actions, and continuously involves community members in their day to day decision making and governing structures.

Prose and Naidu are writing an article about what they learned, and are hopeful this will be published in an academic journal. Their ultimate goal is to share the Woza Moya approach with the world, and encourage other similar organisations to follow its successful model.

* This article first appeared on the Woza Moya website.