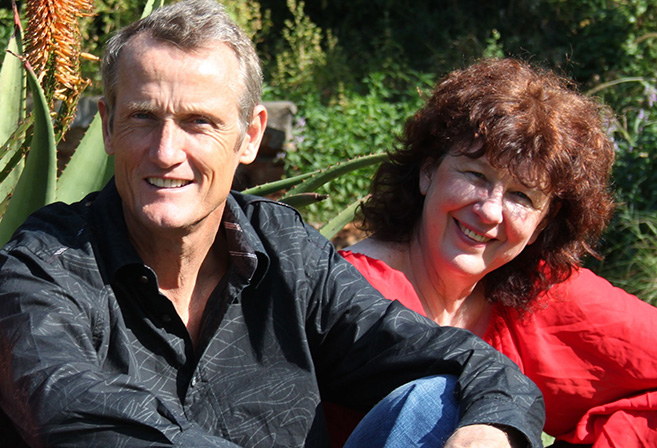 The Centre for Jazz and Popular Music featured the duo Quark on Tuesday this week (6 October).

Quark is a collaboration which combines two performers from very different backgrounds: Fiona Tozer on guitar and Dan Wilson on bass.

Fusing Wilson’s jazz/rock style with Tozer’s folk and classical influences, they seek to create a new sound, striving for the unexpected. They are currently writing music for an album with ‘space-time and the universe’ as its theme.

During Tuesday’s concert, they shared the evolution of their music from its beginning to the current place in the journey.

Coming from a background based in the folk revival music of the 70s, Tozer is a songwriter and guitarist who has performed solo and with bands throughout South Africa. She has released three acclaimed albums of original songs, and recently completed a music degree in contemporary classical composition at UKZN.

Said Tozer: ‘I was at UKZN from 2001-2004 studying a BA (Music) degree with an additional Honours year. During that time I expanded my knowledge of music, and how music works, and enjoyed many opportunities which came from making music in an academic environment. I completed my Master’s degree in Music Composition in 2008. It was great to be back performing in a progressive music environment, and I look forward to sharing my current project with old friends and new audiences.’