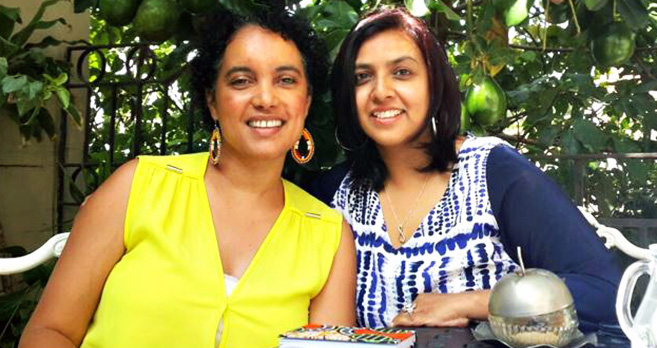 Naidu was invited to join the project and awarded a grant in 2014 and the project is part of an established MOU with the University of Cape Town.

The workshop itself was part of the institute’s Young Women’s Leadership (YWL) Project in the context of Sexual and Reproductive Health Rights (SRHR) in university institutional spaces.

Hosted by academics of the Department of Sociology at the University of Botswana, Dr Godisang Mookodi and Dr Sethunya Mosime, the workshop brought together the inter-institutional and interdisciplinary team of project facilitators from the seven universities and included academics and researchers from the Disciplines of Anthropology, Gender Studies, Psychology, Sociology, and Social Work.

The aims of the workshop were:

•   To create opportunities for young women, in SADC university contexts, to develop new leadership and advocacy skills, in the specific context of grounded SRHR research

•   To contribute to the reduction of young women’s vulnerability to HIV-transmission, gender-based violence, and critically, to discourses of ‘feminine powerlessness’ in different national contexts

•   To stimulate movement-building in national, and regional contexts, around reproductive and sexual rights.

The team of facilitators’ also workshopped ideas for an e-book publication stemming from the project’s work on the different campuses.

‘There was a genuine sense of camaraderie among the facilitators and the workshop sessions were intensive opportunities to deepen skills,’ Naidu said.

The next workshop will be early next year at the University of Witwatersrand and will include student representatives from each of the seven universities. Naidu has been invited to take five of her students with her.