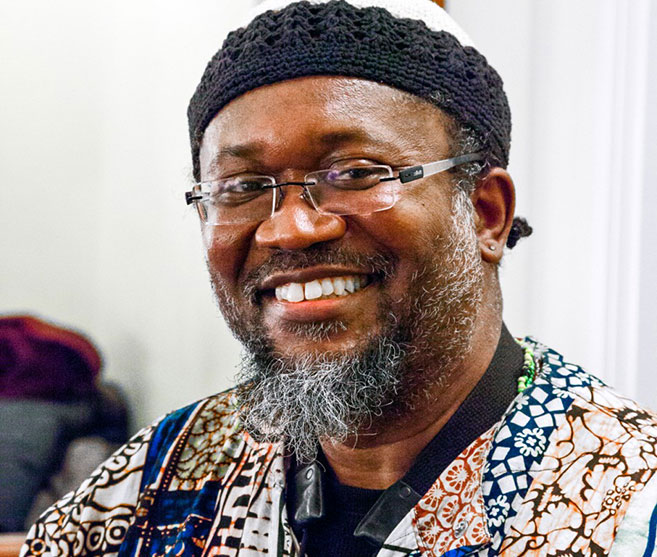 The Dialogue of Musical Sounds concert, in association with The African Music Project’s 10th African Cultural Calabash, takes place at The Centre for Jazz and Popular Music (CJPM) tonight (30 September).

The concert features the Zvirmudeze Mbira Ensemble of Zimbabwe under the direction of Dr Perminus Matiure and the UKZN-based Salim Washington Ensemble starring Jo Kunnuji of Nigeria.

The Durban collaboration is complemented by UKZN Jazz and AMD staff and senior students, to promote a dialogue between Cape Town and Durban, and Jazz and African Music, in the spirit of the ongoing International Council of Traditional Music’s African Music Symposium being hosted by the African Music Project at UKZN.

Zvirimudeze literally means ‘what is enshrined in the calabash’. The ensemble aims to preserve the legacy of mbira through contemporary performances (matandaro). The group performs its own compositions, traditional pieces as well as mbira songs composed by other players.

Zvirimudeze has managed to gain popularity over the past four years by performing in Gweru, Beit Bridge, Hwedza, Bulawayo and Harare. Preparations for recording a new album in Zimbabwe are at an advanced stage.

Sounds in the second set will be provided by the Salim Washington Ensemble, featuring trumpeter Kunnuji, who has completed his BMus degree in Jazz performance and a BSocSc degree in Sociology, and is currently studying for an MMus degree in Ethnomusicology at the South Africa College of Music, University of Cape Town.

Washington describes his sound as a blend of jazz harmony and improvisational style with rhythmically exciting Ogu music from Nigeria.

The concert starts at 18h00 at the Centre for Jazz and Popular Music (CJPM) which is on Level 2 in the Shepstone Building on the Howard College campus.