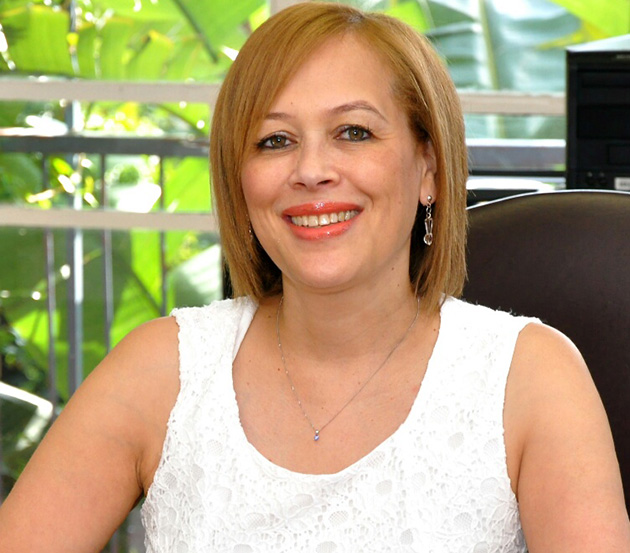 Professor Cheryl Potgieter, Deputy Vice-Chancellor and Head of the College of Humanities.

Over the years and especially during Women’s Month in South Africa I have often been asked this question by interviewers: ‘If you had the opportunity to host two or three women  “icons” at a Woman’s Day lunch at your home who would they be and what would the conversation revolve around?’

The academic in me often wants to say: ‘I do not like the term “icon”,’ while the obsessive personality part of me panics as I hope my favourite caterer is available on the day!’

Recently a version of the question was put to me telephonically by a student: ‘Name one or two women “icons” you would love to have lunch with on Sunday, 9 August, 2015.’ My lunch guest could be living or dead as it was part of a‘re- imagining project’.

I liked the options and I decided my guest would be Nokutela Mdima, the first wife of John Dube, the first President of the African National Congress (ANC).

I imagine the following over a long lunch:

I would tell Nokutela that we as a nation needed to apologise for erasing her from history and that her contribution may never have been recognised had it not been for the work of Professors Cherif Keita and Heather Hughes.

She would confirm that she was crucial to the achievements of her husband John Dube and that he would not have been able to build the Ohlange Institute, which was so important in educating Black South Africans, had it not been for her vision and hard work. The same can be said for the newspaper Ilanga Lase Natal, which they founded.

We would talk about how things have changed for women in South Africa, and particularly Black women, but also how much has stayed the same.

I would ask her to share with me why it is important for women to write and publish our work, both in media and in more scholarly forms such as books, given that I am aware through Professor Keita’s work that she had done the same.

She published an article in a newspaper in Northfields USA in 1882 entitled “My Home Africa”, and also co-authored a Zulu song book titled Amagama Abantu with her husband, which we currently recognise as seminal in the development of Zulu choral music.

I am sure she may be surprised to learn that 98 years after her death women in academia, and particularly Black women, face many challenges which are both gendered and raced in terms of publications. I will sheepishly have to share with her the fact that I could  not  introduce her to many Black women professors,  as we are very few and in fact do not exist at some of our  top universities.

Our conversation will also turn to the role of White women in assisting her in meeting her goals.  I would ask her to talk about her relationship with the missionary Mary Edwards, who assisted John Dube to establish the 9 000 acre farm which later became the well-known Inanda Seminary and which has educated generations of young girls.  Were she and Mary friends?  Did she present what we today call a business plan or vision to Mary?

Networks and partnerships are still important today for women to succeed, and Nokutela was key to facilitating the partnership which included, I assume, raising the capital that led to the establishment of the seminary.   She studied home economics and music in the United States, and I imagine she would share the similarities and differences between herself and her African-American women peers.  She would no doubt talk about the concerts that she sang at and played the piano, often very tired after a long day of studying, but something she had to do as it raised funds for the Ohlange Institute and other development projects in South Africa.

I would give her some pointers to the current state of the nation, specifically in relation to women.  I am sure that the poverty experienced by Black women in South Africa some 20 years after the ANC has come into power and the gender based violence women are experiencing, would both sadden and anger her.

I guess at this point we would talk about issues deemed more personal.

I will share with her the fact that I have chosen to not have children, and how I am often judged by women and men for that decision.

I would ask her if it is true that John Dube had an affair after 20 years of them being married, which led to them separating, and that the “justification” for the affair was that she could not have children.

Information suggests that she left him, which indicates that she made a difficult decision - yet today many women who are often in emotionally or physically abusive relationships find it difficult to leave.  I would like to hear her voice on the matter.

Given that Nokutela is a skilled conversationalist I am sure she would ask me about my family. I would tell her that my mom and her two sisters, the eldest who is 87 years old, have one wish before they die and that is that their family homes, which were taken from them by the apartheid state, be given back to them.  These homes still stand in a gentrified area of central Port Elizabeth. They do not want compensation but the actual homes, which my mom believes ‘were stolen’ from them.   This would lead to a discussion of land in relation to women’s rights, 20 years after political democracy.

I would tell Nokutela that Women’s Month and Woman’s Day in South Africa have become extremely commercialised, which reflects the nature of our society; with so many Woman’s Day breakfasts attended by self-styled celebrities one has never heard of!

In September, the University of KwaZulu-Natal and specifically the College I head will be hosting the Annual John Dube Lecture.  I will also be introducing an Annual Nokutela Mdima Lecture as from August 2016.