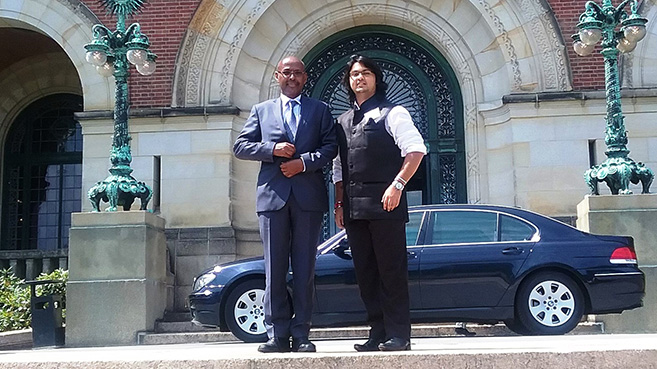 Mr Nikhiel Deeplal, a Masters in International Trade Law student at UKZN, presented a paper at the third Hague Peace Conference which focused on Policy and International Law Reform.

Speaking at the Conference, Deeplal said maintaining global peace and security through changes in the Geneva Conventions and the United Nations Security Council Structure was important for fostering stable international relations.

‘The model sees regional organisations such as the AU and EU sitting on the Security Council instead of member states for a number of reasons such as global representation on the Council. The lack of the ability of states to easily manipulate other SC member states and with the removal of the Veto, brings about an introduction of global democracy.’

Deeplal is the National Chairperson for Students for Law and Social Justice, a South African student organisation dedicated to protecting human rights, preventing discrimination and promoting social justice and the rule of law.

‘The highlight of the Conference was the opening ceremony at the Peace Palace, the home of the International Court of Justice where we engaged with people who had actual experiences in war torn areas and got a practical solution to the issues we face.’

Deeplal met the Vice-President of the International Court of Justice, Judge Abdulqawi Ahmed Yusuf, and discussed with him the role of the youth in the international sphere as well as the processes of the court.

Hosted by the Hague University, the City of the Hague and the Peace Palace, the Conference was attended by students from over 33 countries.

Deeplal, who plans to get involved in human rights work within the civil society space, says in the long term he wants to become a trade expert and work for an international organisation such as the World Trade Organisation or the World Bank.

He has also set his sights on taking up a position as a foreign diplomat for South Africa and representing its views on an international platform with special focus on human rights considerations in the area of trade policies.