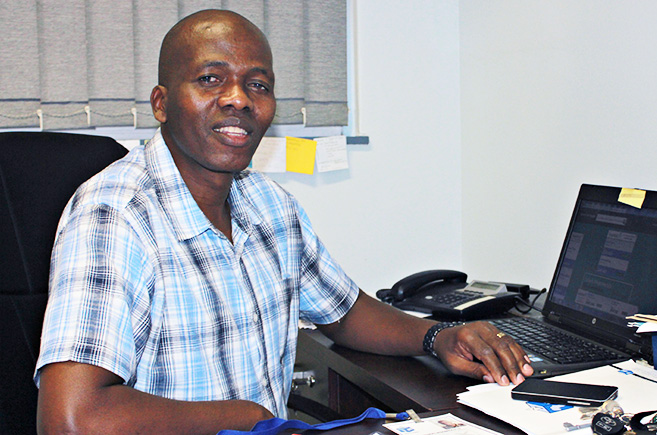 Research on the role of sport in promoting nationalism in democratic South Africa was presented by Senior Lecturer and Academic Leader (IPA Cluster) within the School of Social Sciences, Dr Bheki Mngomezulu, at the 12th European Association for Sociology of Sport (EASS) Conference in Ireland.

Mngomezulu highlighted different sporting codes and analysed the actions of South Africa’s political leadership in his examination of the issue.

He found that ‘had there been no sport, nationalism would have taken much longer to achieve, especially given the country’s notorious and certainly unenviable history’.

He believes that there is general consensus that sport is one of the many strategies that have been used by the South African political leadership for nation building since 1994.

He cited recent developments in South Africa such as xenophobia/Afro-phobia and showed how the present political leadership was again using sport as a way of bringing people together.

‘The South African leadership reverts to sport as a mechanism to address some of the evil forces that try to take the country backwards,’ said Mngomezulu. ‘It is intriguing to see how sport has been used to rally support against attacks on foreign nationals.

‘Given the enthusiasm South Africans seem to have about different sporting codes and the manner in which racial and other differences take the backstage during sports events, it is logical to conclude that sport will continue to be a critical instrument available to the South African political leadership for nation building for many years to come.’