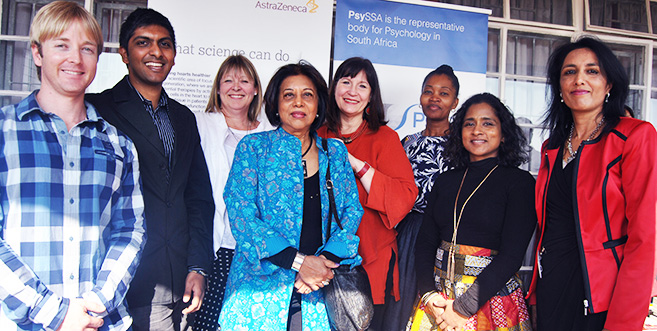 Dr Suviral Ramlall, Head of Unit, Department of Psychiatry, KDHC, said: ‘July being Mental Health month was the official reason for us to host a meeting of mental health minds.’

According to Ramlall, mental health has for far too long been the Cinderella of South Africa’s healthcare system, even though it was well known that ‘there can be no health without mental health’.

Speakers discussed a variety of topics including the following:

Uys said good communication was vital for dignified care. She examined different theories and models including the model of creative ability in occupational health; the validation theory in dementia and talking mats a low technology form of communication.

Rajab’s presentation elicited a lot questions from the participants. The presentation looked at who was more likely to develop a mental illness – men or women. She said insanity was more prevalent in women while gender differences in mental health were ignored by all healthcare providers.

Ramlall said although this was the first symposium of its kind, they planned to host it annually. The organisers also called on the participants to participate in the launch of Durban Mental Health Advocacy Group to be formed soon.