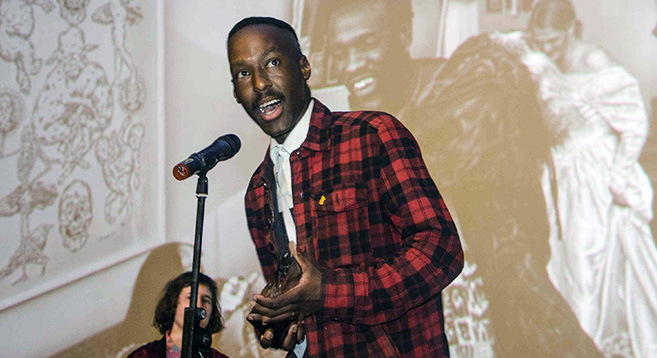 The Durban International Film Festival (DIFF) hosted by the Centre for Creative Arts (CCA) within the College of Humanities announced its award-winners at the closing ceremony held before the screening of The Prophet directed by Roger Allers.

Speaking about her involvement, Professor Lindy Stiebel of English Studies at UKZN, said this year’s documentaries in the Human Rights Award category were widespread in terms of countries they represented – South Africa, Mali, South Sudan, Egypt, Burkino Faso, Indonesia - and themes they covered - environment, freedom of expression, right to work, safety from torture, and war crimes. ‘The Shore Break set in the Eastern Cape, followed by The Look of Silence set in Indonesia, were our front runners.’

The award for the Best Feature Film, which carries a R50 000 cash prize from DIFF, went to Sunrise directed by Partho Sen-Gupta. The film was described by the jury as ‘an uncompromising, brilliantly-crafted film that takes us through a fragmented mind, into a shady world allowing us to enter the reality of Mumbai’s underbelly’.

Best African Short Film: The Aftermath of the Inauguration of the Public Toilet at Kilometre 375