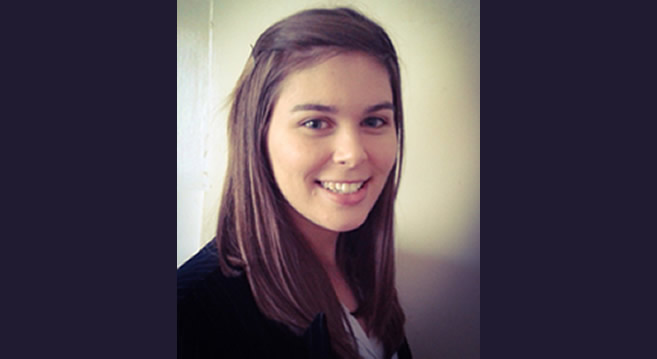 
The month of June often sees various celebratory events for the youth, however I feel that there should be further dialogue regarding the challenges and hardships faced by the youth in South Africa. In addition to this, solutions to these should be explored, in order to garner support from relevant key role-players who can implement sustainable and effective change. As Occupational Therapy students, we work with the youth in various practical settings, including our community fieldwork practicums in the communities of Mariannridge and Kwadabeka, as well as hospitals and rehabilitation centres in and around EThekwini. I would like to highlight some of the problems facing the youth that we have observed as students, as well as solutions to these from an undoubtedly Occupational Therapy perspective.

There are a myriad of problems faced by the youth. We have observed drug abuse, teenage pregnancy, physical and sexual abuse, poor academic performance and lack of discipline in schools, unemployment, and poverty all hindering the youth with whom we work.. It must be noted that the aforementioned problems are not isolated to the places where we work as students, but are widespread amongst the youth. I would like to particularly focus on the problem of academic performance in schools. Despite the positivity of the approximately seventy percent pass rates of the past few classes of matriculants, academic performance does require further intervention to be improved. A recent study found that only fifty percent of children entering school in grade one are still present in matric. This suggests that in fact, each class of matriculants is only achieving an approximately thirty five percent pass rate.

Delving deeper into the issue of students leaving school before reaching matric, the reasons for premature school exit must be considered. Poverty is an obvious first reason, as being able to afford food and shelter for children becomes paramount over schooling expenses. School exit is additionally caused by drug abuse and teenagers becoming involved in risky behaviours that can cause poor academic performance. The government already has existing programmes that attempt to deal with poverty and drug abuse, therefore I would like to focus on two causes of poor academic performance that not only lead to school exit, but also exacerbate the myriad of problems faced by the youth. These include children “falling through the system”, and learners not recognising the value of education.

Children “falling through the system” is a cause for concern. In each phase of schooling, a child may only effectively repeat a grade once, therefore children who are struggling or “slow learners” receive condoned passes and do not achieve academic development. This can easily lead to the completion of primary school without the necessary academic skills to enter high school, and these children exit school before reaching high school, often developing intellectual disabilities as a result of not being intellectually stimulated. In my schooling experience, at former Model-C schools, struggling or slower learners were referred by teachers to an occupational therapist, where they were either equipped with the necessary skills to continue academic development, or referred to remedial schools. In my opinion, this is a system that works and ensures that children are not left behind.

Implementing this system, where struggling children from any and all schools are referred to an occupational therapist, and possibly remedial schools, would prove to be a mammoth task – especially financially. Firstly, all teachers would have to be educated about how to identify and refer struggling children, and then a number of widespread government-funded assessment and therapy centres and more remedial schools would have to be built – with a focus on providing interventions in community settings. I have no doubt that there are a sufficient number of occupational therapists able to fill these positions, with between twenty five and thirty new therapists graduating each year in KwaZulu Natal alone. Only with the availability of sufficient enthusiastic personnel, financial investment, and infrastructure, could this solution be feasible. It would also need to have a far-reaching impact, such that it is not simply a first-world solution to a third-world problem.

Considering that Occupational Therapists view their clients holistically, another important aspect to consider is that providing therapy to any struggling learner may not always remediate the problems, as the child’s environment and context may be the problem. This includes examples such as children in abusive homes or victims of neglect. However, this is where the Department of Social Welfare and Child Protection Services would then be able to assist, and inter-departmental approaches would need to be employed.

The value of education is another important point to consider. We have observed learners displaying a distinct lack of understanding of the value of education. This translates to not caring about school, not putting effort into schoolwork, and eventually dropping out of school as they do not see why they need to be at school. Clichéd and kitsch as it may be to say “knowledge is power”; this is indeed true, and learners are failing to see this. I even had difficulty in seeing the importance of studying subjects that I wasn’t interested in. In high school, I did not understand that it was not the concrete facts learnt in those subjects that were important, but the cognitive and intellectual skills developed in doing difficult subjects such as maths and science. I also had a general idea of what I wanted to study after completing school, which guided my subject choice and motivation to learn. We have encountered learners who do not show an interest in studying tertiary education, and this could be a contributing factor to their not valuing their education, as they do not see an end point or end goal of education.

Germany recently introduced free tertiary education. Implementing this in South Africa could possibly provide learners with new hopes and motivation to study further, as financial barriers are often holding them back. Again, this solution requires extensive funding from the government, however it is unlikely that large-scale, sustainable and efficient solutions will not require such funding.

During our community fieldwork block, my fellow students implemented a motivational speaker programme in one of the local schools, involving past students who had progressed to tertiary education and are now achieving success in their career fields. There has been a positive response, with learners displaying an interest in tertiary studies. This is smaller-scale intervention than free tertiary education, however could be implemented easily with organisation and contribution from the Department of Education and businesses who can identify up-and-coming employees from socio-economically disadvantaged backgrounds.

The youth are considered to be persons between the ages of fifteen to thirty five, however I have focused on schooling and education, also involving those below the age of fifteen, as I am considering these issues from a developmental perspective, where problems in adolescence and early adulthood are directly linked to childhood development. Essentially, my proposal to solving the problems faced by the youth is to focus interventions “upstream” – looking for the sources of the problems and eradicating them. For these specific problems, this involves ensuring that children and adolescents receive and respond well to education, such that they are equipped with skills and tools to empower them as contributing members of society. I am not suggesting that interventions aimed at helping the youth who are older should be stopped – they too are very necessary – however finding the long-term solutions would involve dealing with the source of problems.

My name is Emma Skevington, and I am a twenty-two year old, final year Occupational Therapy student from the University of KwaZulu Natal. I have just completed my community fieldwork block in the community of Mariannridge, where we carried out various community projects geared toward empowering people and promoting participation in daily occupations. Outside of university, I love playing hockey and guitar.