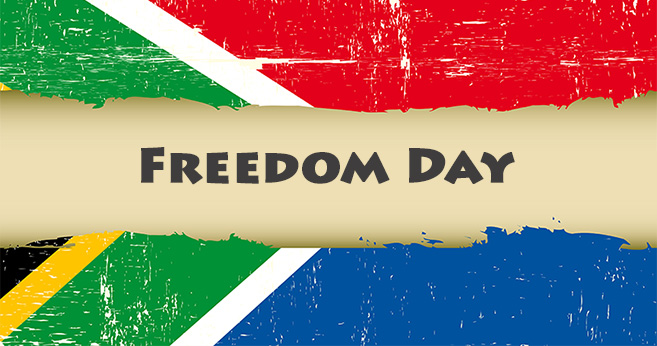 While commemorating 21 years of freedom since the first democratic election on 27 April 1994, the recent xenophobic attacks were condemned by UKZN.

In his message to staff and students, the UKZN Vice-Chancellor and Principal, Dr Albert van Jaarsveld, urged the University community to use the opportunity to reflect on the values and norms society set on that day.

‘May this celebration of Freedom Day translate into a celebration of our humanity, together with the necessary humility to reflect and be sad for the lives and livelihoods lost in an unjust cause.’

He reaffirmed UKZN’s position of embracing the spirit of Ubuntu and reassured international staff and students of the institution’s support against xenophobia.

Van Jaarsveld said the University offered a safe space for academic discourse within a cosmopolitan community that welcomes scholars, students and academics from around the world.

‘The diversity of cultures, views, backgrounds and ethnic origins reflected in the UKZN community drives the strength of the academic discourse at the institution. UKZN condemns in the strongest possible terms the recent xenophobic attacks.’

‘Both South Africans and foreign nationals should be afforded an opportunity to state what they consider to be the cause or causes of these attacks and propose solutions to be handed to government authorities,’ he said.

‘From a professional point of view, universities should provide counselling services to those directly and indirectly affected by the attacks.’

Asked if he thought South Africa was free and had progressed sufficiently, Mngomezulu said: ‘Indeed we are free and other countries envy our freedom. Unfortunately, we tend to abuse our freedom. Sometimes we claim even the rights we do not have and ignore Section 36 of the Constitution which states that our rights and freedoms have limits.’

University students and alumni went on to Facebook to express what Freedom Day meant to them in light of the recent attacks.  The following are some of the responses: