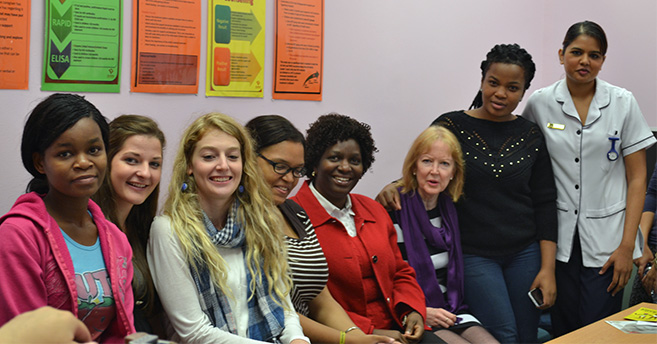 The production of the film is a community engagement project fourth year students are required to do as part of their curriculum.

Botha said: ‘We believe that the early detection of HIV will help with early intervention and management of the disease.  For those who test negative, counselling will help them protect themselves and their partners from contracting HIV. This will help stop the epidemic from spreading.’

The students plan to showcase their completed production to the Psychiatry department at King Dinizulu Hospital on 10 May.

The students hope to share their educational film with other hospitals and also with the Department of Health to spread their message that HIV testing is essential.