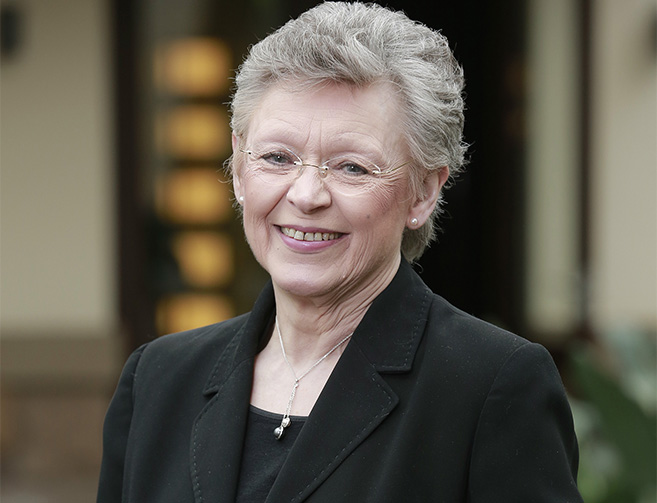 Distinguished Scientist and Nobel Laureate, Professor Françoise Barré-Sinoussi of the Institut Pasteur, has joined the Scientific Advisory Board of the Centre of the AIDS Programme of Research in South Africa (CAPRISA).

Barré-Sinoussi has been appointed for a three-year term on the Board, which is responsible for reviewing and guiding CAPRISA’s overall strategic scientific direction.

In a first for South Africa, Barré-Sinoussi, who received a Nobel Prize for discovering HIV, will play an active role in guiding South African AIDS research by advising CAPRISA on its future research ideas and plans.

CAPRISA has recently been recognized by the South African government’s Department of Science and Technology and the National Research Foundation as a Centre of Excellence in HIV Prevention.

‘I am very pleased to serve as a scientific advisor to CAPRISA,’ said Barré-Sinoussi. ‘I have followed the excellent research of this leading international AIDS research group over the past few years with great interest. CAPRISA’s research is world-class but it could make even bigger contributions. One particularly important future area for CAPRISA to consider is research on a cure for AIDS, which is one of the major priorities in HIV Science.’

Barré-Sinoussi is presently the Director of the Retroviral Infections Unit at the Institut Pasteur and is the Immediate Past President of the International AIDS Society, a global association of professionals and practitioners in the field of HIV and AIDS.

She is a highly respected Virologist who has made seminal contributions during her 40-year scientific career. Her discovery in 1983 of the retrovirus that is known as Human Immunodeficiency Virus (HIV), led to the first diagnostic tests for HIV and has been the basis for development of antiretroviral drugs and HIV vaccines.

‘Great discoveries in science require fearless leaders who persevere against the odds. We are very fortunate to have Professor Barré-Sinoussi, who is one such fearless leader, to advise CAPRISA on its future research plans,’ said Professor Salim Abdool Karim, Director of CAPRISA and Pro Vice-Chancellor (Research) at UKZN. ‘This will go a long way towards enhancing the scientific excellence of our AIDS research and enable South African to make even bigger contributions to global HIV research.’

Barré-Sinoussi has actively promoted and championed the integration between AIDS research and programmes in poor countries through the Institute Pasteur International Network and her role in the French National Agency for Research on AIDS and Viral Hepatitis (ANRS).

She has a strong commitment to building capacity and providing training for researchers from Africa and Asia.