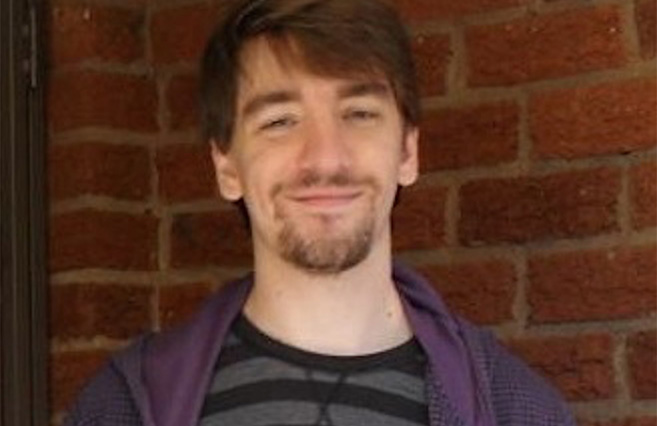 Martins completed his Bachelor of Arts in English and Marketing, and an Honours degree in Marketing, before moving on to the School of Mathematics, Statistics and Computer Science (SMSCS).

‘It was during my Honours in Marketing that I was first exposed to the power of statistical analysis, and this introduction fostered my interest in the application of scientific methods to the explanation and solution of real world problems,’ said Martins.

‘In our rapidly evolving world, it is critical to equip oneself with the skills necessary to understand, adapt, and build upon the systems we have become so deeply reliant on,’ said Martins. ‘It is my view that the mathematical sciences are among the most fundamental and valuable to these ends.’

According to Martins, while there is little room for the application in a BSc course of specific skills learned in a BA, the experience and maturity he gained while completing his first degrees stood him in good stead for this subsequent degree, allowing him to approach his work efficiently with time management skills he had learnt during his foray into the Humanities.

‘My aspiration has been to work as a quantitative analyst in investment banking; this is a particularly competitive field for which expectations in both industry and academia is extremely high,’ said Martins. ‘Strong results are often just the baseline in such an environment.’

Being at UKZN provided Martins with an environment conducive to making the most of his studies, since he was close to the societal and familial networks he had grown up with. Martins also found that the nature of the institution provided him with a great environment for his studies, given what he described as the familiar and open structure of the academic and administrative leadership, where assistance was always eagerly given.

‘The teaching resources for our campus were cutting-edge and comprehensive, and many systems were in place to ensure our modest student body was well taken care of,’ said Martins.

Martins said he was thankful for all of the administrative and teaching staff who played such an important role in his life for the past few years.  In particular, he singled out the late Dr Paddy Ewer.

‘Given the pivotal role Dr Ewer played in the Pietermaritzburg Mathematics department for so many years, there will be many with whom my sentiments should resonate. Of the about 60 lecturers who taught me at some point in my academic career, the highest privilege was to be taught by Dr Ewer,’ said Martins.

‘Year on year, he not only managed to learn and remember every student's name, but took an active interest in the academic careers of all of those who passed through his doors. There is no question that his passion for mathematics and his profound ability to channel his vast knowledge in a meaningful way through to his students, permanently affected not only my appreciation for mathematics, but also my idea of what it means to be an educator.

‘His passing has been a tragic blow to us all, but his example stands before us in our impetus to improve and re-engage selflessly in the service of the future generations of students, who will one day be a critical part of the establishment he had such a sure hand in shaping.’

In his quest to become a quantitative analyst, Martins is now enrolled in the Advanced Mathematics of Finance programme at the University of the Witwatersrand in Johannesburg.