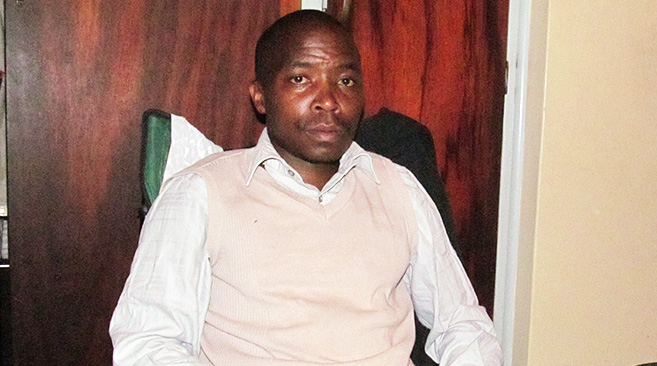 Sithole was motivated in his postgraduate studies by the shortage of black South African post graduate students and the belief that in order to move South Africa forward the country needs more young, educated, innovative thinkers.

Sithole’s agricultural specialty lies in the field of crop science.   For his masters degree he was supervised by Dean and Head of the School of Agricultural, Earth and Environmental Sciences, Professor Albert Modi. ‘I am very happy to have been part of Nkanyiso’s success,’ said Modi. Sithole based his research on neglected traditional and underutilised crop species (NUS), specifically bottle gourd landraces.  The project sought to evaluate the agronomic potential of the crop and its potential contribution to food security.

‘Previously in South Africa there has been no information documented in scientific literature describing the agronomy of the crop,’ said Sithole. ‘This is despite its potential to contribute to food security in marginal areas of crop production characterised by water stress and high levels of soil degradation.’

Sithole said he enjoyed the experience of completing his masters degree at UKZN. He believes the experience has helped him to think more critically and enabled him to tackle problems with a broad view of thinking and understanding. He plans to complete his PhD, which he has already started, and to become a professional researcher in the field of crop science.