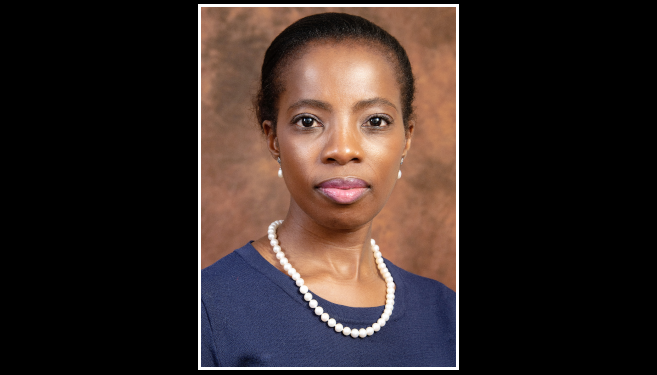 South Africa is still struggling to meet the expectations of democracy 28 years after the end of apartheid, according to the Deputy Public Protector of South Africa and UKZN alumnus, Advocate Kholeka Gcaleka.

Speaking at UKZN's annual lecture to commemorate Human Rights Month, Gcaleka said the Constitution had promised a better life for all and an end to injustices. However, the country was bedeviled by a variety of unethical behaviour including maladministration, indifference and corruption which had caused a loss of trust in public institutions which are meant to support the people and the country.

She referred to a recent report by the World Bank which said South Africa was still the most unequal country in the world.

The lecture was presented during a webinar organised by the Corporate Relations Division (CRD) and titled: Have the Democratic Values Enshrined in the Constitution been Fulfilled 28 Years into our Democracy?

Human Rights Month is commemorated annually in March to remind South Africans about sacrifices made during the struggle for democracy.

Commenting on how excited she was to be invited to speak at her alma mater, Gcaleka thanked UKZN for the invitation and started her lecture with an assessment of the current situation in South Africa.

She said the Constitution laid down the principals of democratic governance as well as the powers and functions of government institutions, adding how it had become the yardstick and beacon to guide South Africa.

Gcaleka said the office of the Public Protector was a constitutional institution established to protect the democracy of the country ‘investigating all conduct in state affairs, reporting on that conduct and taking appropriate remedial action’.

She said other organisations which strengthened South Africa’s constitutional democracy included the Human Rights Commission, the Auditor-General, the Independent Electoral Commission and the Constitutional Court.

She said government unaccountability could result in a weak relationship between the citizens and the state; ‘where citizens opt-out, by withdrawing from state services and democratic accountability processes and articulate their needs and demands through protest action and civil disruptions, as seen in the July 2021 unrest’.

She called on the public not to wait for the involvement of law enforcement officers before becoming whistleblowers on corruption and for ethical leadership to be seen in action in order for the rule of law to be respected.

In her welcoming address the Corporate Relations Division’s Executive Director, Ms Normah Zondo, spoke about the significance of the annual lecture which began in 2004 and also commented on the violations of human rights taking place during the Russia-Ukraine war.

Zondo said South Africa had come a long way but there was still a hard road ahead.

Dr Janine Hicks, a lecturer in the School of Law and coordinator of the Street Law Programme, who facilitated the day’s proceedings, asked participants to remember the democratic values of the South African Constitution: human dignity; achievement of equality; advancement of all human rights and freedoms; principals of non-racialism and non-sexism, and the supremacy of the Constitution and the rule of law.

In closing, Director for University Relations, Ms Xoliswa Zulu commented on how the lecture had challenged the public to fight for their human rights and dignity, as well as to hold the government and public institutions accountable.

She thanked the guest speaker - Gcaleka, the facilitator - Hicks, and the UKZN community for joining in. She also thanked the Corporate Relations team for making the webinar possible.