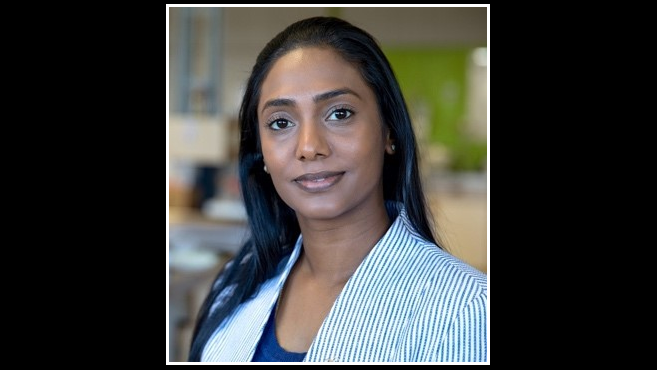 Associate Professor Tricia Naicker has received awards from two prestigious international publishers - her works being selected as winners by editorial board members of the organisations.

She was presented with the annual Thieme Chemistry Journals Award for up-and-coming researchers in the early stages of their independent academic careers as assistant or junior professors. Board members look out for promising, young individuals working in chemical synthesis and catalysis or closely related areas of organic chemistry.

Her second award was the Taylor and Francis-John C. Warner Early Career Researcher Prize for up-and-coming principal investigators who have authored an article in Green Chemistry Letters and Reviews.

‘Special thanks to my dedicated team and hardworking students at UKZN’s Catalysis and Peptide Research Unit. This recognition would not be possible without the continuous support from UKZN and the College of Health Sciences,’ said Naicker.

‘I am honoured and excited, it means the significance of our work is being recognised by the international scientific community.’

Naicker specialises in method development within the synthesis of biologically important intermediates/drugs, ‘Currently, my team and I are working on a few innovative projects we hope will lead to commercialisation soon.’

Naicker, Director of UKZN’s Catalysis and Peptide Research Unit, specialises in method development within the synthesis of biologically important intermediates/drugs.