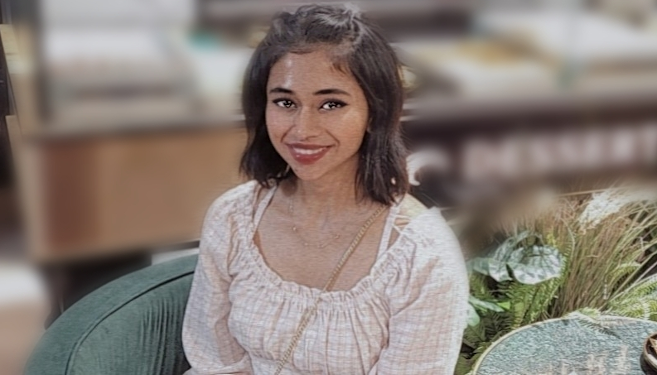 SAMSA is a body for Medical students from across the country aimed at making a difference in communities through professional medical development and community outreach initiatives.

Mahomed, who joined SAMSA in 2020 upon starting her Medical degree, said she was inspired to be part of this initiative by its members who encompassed the ‘principles of ardour and benevolence’ which she values.

Having previously occupied the positions of Regional President and National Vice-Chair, she highlighted some of the projects SAMSA has been involved in, including establishing a South African Bone Marrow Donor Station at UKZN’s Medical School; holding professional development workshops titled: Business and Medicine: A Duality Workshop and The Process of Specialisation in South Africa; being part of the Comrades Marathon Medical Response Team; fundraising for the Shavathon Cancer Campaign; and conducting a health screening day at the Masihambisane Clinic in Cato Manor, Durban.

As the national President, she plans to facilitate the collection of rape “comfort handbags” filled with hygienic and sanitary products necessary for victims of sexual assault as part of the Jes Foord Foundation; expand the South African Bone Marrow Donor Stations in university campuses and mobile screening programmes nationally; establish a sustainable blood donor programme with the South African National Blood Services; create a structured peer education tutor programme on campus; and bring about social networking events such as academic liaison, research networking and interprofessional development.

Mahomed said she was honoured and humbled to be elected to this role, thanking the SAMSA 2022 executive team as well as her family for their support. ‘It’s not every day that we are afforded the privilege of addressing the grievances within our systems. For me, national presidency is an opportunity to not only serve our communities, but to also serve my peers who have entrusted me with such a role. I hope that through this position, I can serve with an attitude of student leadership and help carve avenues through which my colleagues can practice the same virtues.’

Her mother, Mrs Sultana Mahomed, a special needs educator and father, Mr Swaleh Mahomed, an attorney, both agreed that the role of national President was made for her.

Said Sultana: ‘Maryam has always put the interest of others first, serving for the betterment and wellbeing of our community,’ while Swaleh remarked: ‘Maryam has all the hallmarks of a humble, sincere and dedicated individual that will do the role justice.’