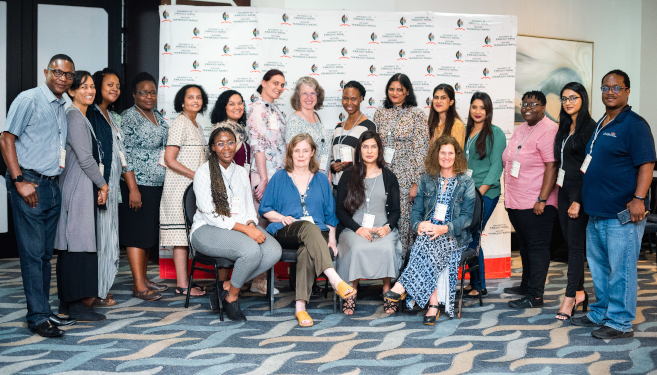 Opening the conference, Professor Thabo Msibi, Dean and Head of UKZN’s School of Education, recounted the significance of the conference theme against the backdrop of local and international developments such as the banning and restriction of abortion rights in the United States of America; Black people being shunned during the start of the Ukrainian war; and closer to home, the national pandemic of gender-based violence and femicide.

Said Msibi: ‘It’s important for us to think through how we theorise issues of gender in the Global South because a lot of the analyses we tend to adopt is generally from a liberal lens that forgets that at a local level, colonisation and the history of migrant labour has had a devastating effect on how its reconfigured society and how people feel included and excluded in it.’

RINGS Co-chair, Professor Annette von Alemann from the University of Duisburg-Essen remarked on the relevance of the theme as a topic that unites researchers across the world. She said, ‘It’s crucial not to forget about colonialism and its damaging effects on heritage which calls on research about decolonisation to be achieved, providing equality and justice between the Global North and South.’

Delivering the keynote address, Dr Danai Mupotsa from the University of Witwatersrand reviewed The Dirge as her upcomingbook written after the passing of her mother which looks at the swollenness of grief as a form of slowness and response to survival.

She noted how, through research, she had been ‘asked to project into the world the experiences of Black women, Black feminists and African women to become usable under the guise of what is universal.’

She evaluated a life cycle that is particularly embedded in women which that states that they are born, go to school, attach themselves to a person, have children then die. Mupotsa discussed Ntshaveni wa Luruli’s film, Elelwani where the dirge is a long wedding scene upon which the protagonist crosses various thresholds performing a phase of rituals upon marriage. She focused on the bride’s uncle reciting clan names as the song of sorrow of her leaving her family to join another and marriage as the very threshold of life and death.

She also delved into the complex notions of “intimate modernity” which reviews White weddings as a form of “Whiteness” for Black people, missing all the processes in between that observe tradition and culture; “new customary” that looks at the law and customs of that specific country or area; and “socio/ethnopoetic” which notes how the recordings of oral or narrative texts are incomplete without the social aspect.

Professor Tamara Shefer from the University of the Western Cape and Professor Jeff Hearn from the University of Huddersfield launched their book titled: Knowledge Power and Young Sexualities: A Transnational Feminist Engagement which evaluated the troubling scholarship directed at young people regarding their sexuality and gender reflecting on the transnational dialogue.