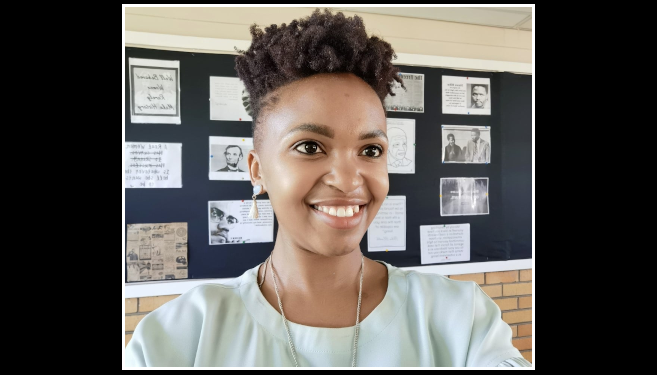 In her welcome address, Dr Roshini Pather from the University’s Library Services said the lecture invites people to engage in dialogue on historical and social issues. She said when Dr Killie Campbell died in 1965, UKZN had the honour of receiving her work which included manuscripts, books, excerpts, photographs, maps, etc which the University continues to administer and add to.

She said her research aims to excavate and find moments and spaces where Black women were involved and fulfilled their role as researchers and scholars despite them not being part of the main academic discourse. She said they (Black women) were deeply involved in the making of that knowledge that became the public discourse.

Phyllis Ntantala, a scholar and an intellectual born in 1920 in the Eastern Cape who did her schooling through missionary schools and went on to obtain a Diploma in Native Administration from the University of Cape Town, was among the African women Nxongo discussed in her talk. Nxongo said like many Black women in that era, Ntantala’s work was not widely circulated and even in libraries, her work seems to have been left to be forgotten.

Ntantala published her first article in 1956 titled: Widows of the Reserves followed by other work including An African Tragedy. Nxongo said the writer researched her work by being among the “low class” women in the reserves even though she was an intellectual. To gather her information, she observed, conversed, listened, remembered - when she was in exile, read and translated, and constructed her knowledge. While in exile, she published a book titled: An African Tragedy, The Black Women Under Apartheid.

Nxongo also spoke about the current feminists and the women who are pillars of society but are often forgotten or ignored. ‘It is important for us to embark in a practice of being attuned through critically analysing work such as Ntantala and the work by Black women…we can now come to a point where we truly unsilence their voices,’ she said.

A question and answer session followed and through her responses, Nxongo reminded guests that female intellectuals at the time, especially those who were married to male scholars, often lived in the shadow of their husbands and male leaders.

The programme was directed by Mr Muzi Hadebe and guests included the family of Dr Killie Campbell, members of the advisory board, UKZN Executive Management, staff, students, alumni and the media.