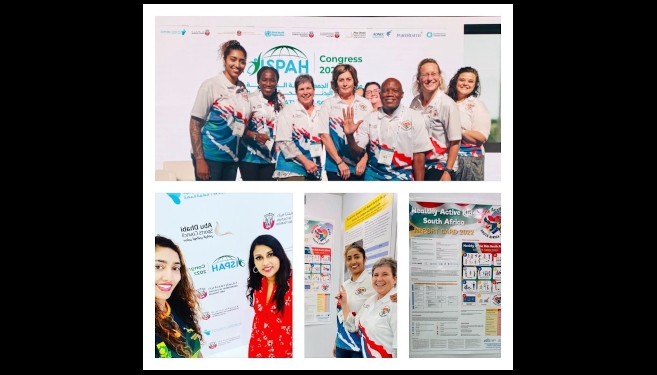 A study co-led by Professor Rowena Naidoo from UKZN’s Discipline of Biokinetics, Exercise and Leisure Sciences found that South African children’s overall physical activity has improved. The recently released Healthy Active Kids South Africa (HAKSA) 2022 report card indicates that it moved up to a B-grade, despite the global COVID-19 pandemic, placing the country well ahead of the nearly 50 other nations in the Global Matrix 4.0.

The report card is the 6th in the series since 2007. It is one of 57 country reports from six continents that are part of the Active Healthy Kids Global Alliance (AHKGA).

The South African national evaluation was performed in parallel with the global initiative. Naidoo brought together more than 20 academics from eight Higher Education Institutions to reach a consensus on the 10 physical activity indicators that comprise the Global Matrix 4.0.

‘The Global Matrix 4.0 represents the largest compilation of information to date on indicators related to the physical activity of children and adolescents, and the data shows a failing grade,’ said Professor Mark Tremblay, President of the AHKGA and senior scientist at the CHEO Research Institute in Canada.

In comparison with the rest of the world, South African children were in the top 15% for overall levels of physical activity and the top 7% for physical fitness, with fitness moving up from a C grade in 2018 to a B-grade, suggesting that at least 75% of the country’s children are active. However, South African children were placed 45th out of 57 countries with regard to participation in organised sport, and 15th for sedentary behaviour, with insufficient data for active play.

‘South Africa scores well for active travel, coming 10th, with 60% – 66% of children and youth using active transport to and from school and for other journeys,’ noted Naidoo. ‘However, safety remains a concern as pedestrian fatalities are the leading cause of death due to injury in children under the age of 15.’

An innovation introduced by the South African group was to introduce a report card for the same indicators to be completed by high school youth, keeping in mind the UNICEF tagline, “nothing about us without us”. In the first round involving KwaZulu-Natal youth, nearly 70% graded overall physical activity with an A or B, while less than 50% of those surveyed felt that organised sport deserved a similar grade. These scores align with the consensus findings, although 60% of adolescents gave the physical activity environment in schools an A or B endorsement.

Professor Verusia Chetty (Discipline of Physiotherapy) was also part of the team who presented the report card results at the International Society for Physical Activity and Health (ISPAH) congress in Abu Dhabi (24-26 October). Chetty and her colleagues have proposed a bespoke framework, Re-ACTION, designed to improve the grade, based on a number of identified priorities from the Global Matrix 4.0, lessons learned from other countries, and recommendations from the World Health Organization Global Action Plan for Physical Activity (GAPPA).

‘It is clear that an integrated approach is needed to help to improve South Africa’s indicator scores. The Re-ACTION strategic plan is recommended: Re-Assess at regular intervals, Co-create strategies and solutions, Train educators and implementers, Implement to sustain and scale, Organise adequate resources, infrastructure and policy, and Network, mobilise and recruit stakeholders for sustainability,’ explained Chetty.