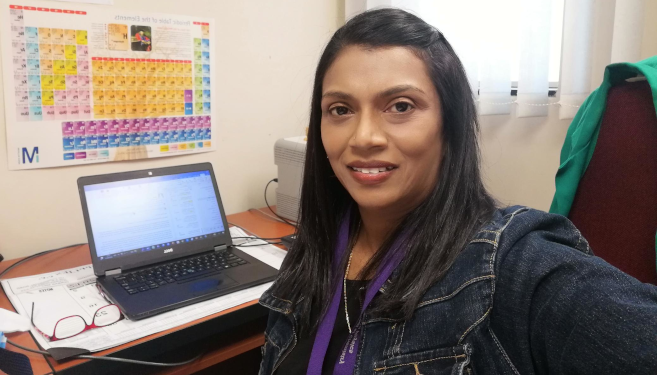 Senior lecturer in the School of Chemistry and Physics Dr Vino Paideya was assigned the role of South African Coordinator by the South African National Resource Centre (SANRC), University of Johannesburg for the National Survey of Peer Leaders which forms part of the broader International Survey of Peer Leaders (ISPL). The national survey is designed to gain a cross-national perspective of how peer leadership experiences are structured and such leadership’s impact on academic performance.

The ISPL is co-ordinated by Professor Dallin Young as the principal investigator from the University of Georgia in the United States (US). The SANRC is co-ordinating the national survey for South Africa. The ISPL is a multi-country survey with countries such as the US, United Kingdom, Australia, Turkey, The Netherlands etc, participating. The SANRC office serves as the resource centre for the First-Year Experience and Students in Transition and works closely with the “sister” organisation, the University of South Carolina in the US.

Paideya has worked in collaboration with Dr Annsilla Nyar on the ISPL Survey and the SANRC Office since 2017. She also served as the UKZN co-ordinator for the 2014-2015 ISPL that aimed to create an initial national snapshot of the development and experiences of peer leaders in South Africa and abroad.

The 2022 study, that commenced in January this year, is a more in-depth one. Paideya is contributing to contextualising the South African survey, recruiting academic support participants from the various Higher Education Institutions in the country and supporting each of the institutions in their applications for ethical clearance to participate in the survey.

She described the journey of working with the SANRC Office and international colleagues as an exciting one and looks forward to disseminating the UKZN and cross-national results with other participating institutions in 2023.