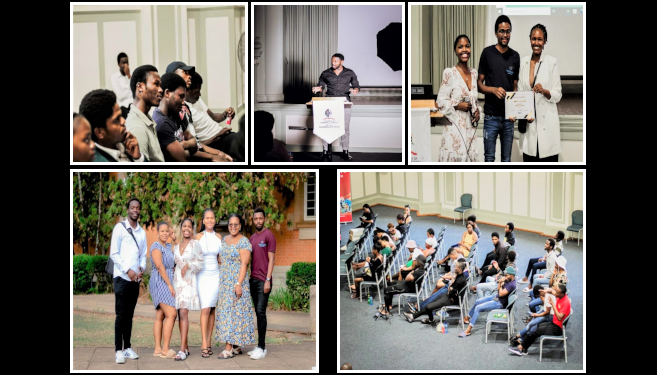 The Youth Entrepreneurial Foundation Workshop held on the Pietermaritzburg campus.

The Youth Entrepreneurial Foundation workshop aimed at helping create a world of innovative entrepreneurs using the power of networking to bring about future solutions was hosted by the UKZN Nazareth Tertiary Students Association (NATESA) on the Pietermaritzburg campus.

Speaking on behalf of her colleagues Nduli said: ‘After countless failed attempts to break into the entrepreneurial world ourselves and knowing a few individuals on the University premises who are entrepreneurs, we decided to create a platform to impart proper mentorship and guidance towards having or bringing about ideas to create change and solve societal problems.’

‘Our foundational workshop was aimed at not only those who already have businesses or business ideas but also those keen to launch their own start-ups but don’t know where to start,’ said Nduli.

Students with ideas and who wanted to become entrepreneurs were encouraged to keep their visions alive and aim for start-ups.

‘As the Youth Entrepreneurial Foundation, we hope to contribute to the reduction of the country’s high unemployment rate, particularly among university graduates. We want to assist students develop business ideas they can use to create jobs for themselves and other members of the community,’ she said.

‘The types of businesses we want to foster are those that can affect economic change and growth. We also hope to provide mentorship, build a community of entrepreneurs, and create value chains through the Youth Entrepreneurial Foundation. In this way, we hope to see entrepreneurs identify gaps, provide solutions, solve problems and grow together,’ said Nduli.