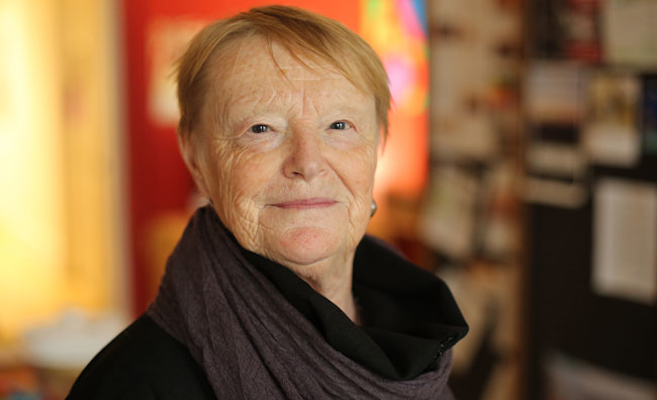 Honorary Professor Claudia Mitchell of the School of Education has been awarded the 2022 José Vasconcelos World Award of Education by the World Cultural Council (WCC).

The award honours educators who have had a significantly positive influence on the quality and reach of teaching and learning in our society.

Judges comprised members of the Council’s Interdisciplinary Committee and a group of distinguished educators.

‘I am so honoured to receive this prestigious award and its recognition of the significance of the participation of young people, especially girls and young women, as central to social change,’ said Mitchell. ‘I would like to acknowledge the creativity of my amazing doctoral students in the Participatory Cultures Lab at McGill University in Canada, along with the support of colleagues in the Faculty of Education. I continue to be inspired by my exceptional colleagues at the Centre for Visual Methodologies at the University of the KwaZulu-Natal and their commitment to engaging rural communities.’

The prize is in recognition of Mitchell’s life commitment to education as an inspiring teacher and passionate advocate for the youth, especially transforming lives of thousands of young people from marginalised backgrounds.

Much of Mitchell’s work has focused on the development of schools, colleges, universities and communities in rural settings. In addition to furthering capacity building in education in general, she has paid special attention to the prevention of HIV and gender-based violence, working mainly in South Africa, but also in Rwanda, Kenya, Ethiopia and Russia, among other countries.

Mitchell established the Centre for Visual Methodologies for Social Change at UKZN.

Sir Fraser Stoddart, President of the World Cultural Council, said: ‘Prof Mitchell is known for her generosity and patience as a mentor and supervisor, including students in large-scale projects, creating communities of scholars and weaving networks of collaboration both nationally and internationally. She encourages those around her to be both caring and engaged while also staying critical and seeking to advance the conditions for social change.’

The award ceremony is at the University of Coimbra in Portugal on November 30.