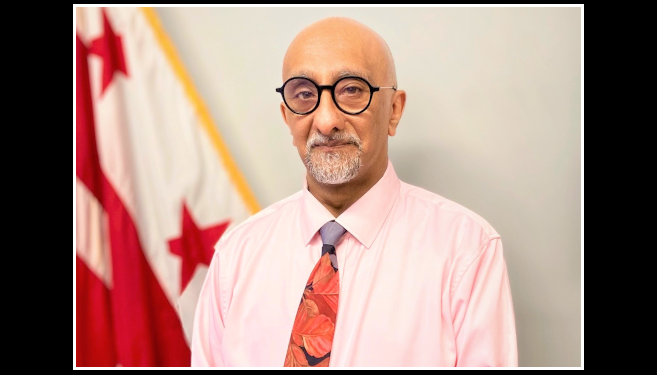 Monkeypox Epidemiology the Focus at Webinar

UKZN’s College of Health Sciences hosted a webinar on Monkeypox Epidemiology: Clinical Characteristics, Preparedness and Response, presented by alumnus Dr Anil Mangla, who is the State Epidemiologist for Washington DC in the United States (US).

The Monkeypox Virus (MPV) was first discovered in the 1950s in monkeys with lesions. Initially, there were clades discovered in West Africa and the Congo Basin with the Congo group having more fatalities.

The World Health Organization announced a global outbreak of MPV in May 2022. The initial cluster of cases was found in the United Kingdom, where the ­first case surfaced on 6 May, 2022 in an individual with travel links to Nigeria where the disease is endemic. It was the first MPV case recorded outside Central and West Africa.

According to Mangla, MPV is spread from animals to humans who eat contaminated meat, by MPV- infected pregnant women to the foetus through the placenta, and from person-to-person contact. The virus that is spread between people is primarily spread through close (skin-to-skin) contact. It can also be spread through respiratory secretions during prolonged face-to-face contact, but does not spread through the air over longer distances.

There are a range of symptoms including fever, headaches and swollen lymph nodes, followed by a rash that can appear anywhere on the body. Mangla says it was important to note that a person is considered infectious from the day the rash starts until a scab falls off and new skin grows. The illness usually lasts from two to four weeks. Most of the hospitalisation cases seen in the US are due to severe pain being experienced by the patient. Thus far, there have been no fatalities in the US. (13/09/2022)

Said Mangla: ‘In the US we currently have 22 000 cases while there are 58 000 globally. In Washington DC, we are managing 461 cases and another 842 people who had close contact with an infected person. Currently, data suggests that gay, bisexual, and other men who have sex with men make up the majority of cases in the current MPV outbreak. However, anyone, regardless of sexual orientation or gender identity, who has been in close, personal contact with a monkeypox sufferer is at risk. Further, it is important to note that MPV is not a sexually transmitted virus but is transmitted through close skin-to-skin contact.’

He said there were currently two vaccines available in the US for pre-exposure and post-exposure prophylaxis. ‘The JYNNEOS vaccine has been prioritised for people who have been exposed or who are at high risk of being exposed to MPV. It is administered intra dermally as a two-dose series, 28 days apart. The ACAM2000 vaccine is an alternative to JYNNEOS. It is also approved to help protect against smallpox and monkeypox. Further we’ve been using the Tecovirimat (also known as TPOXX or ST-246) antiviral as a treatment for the cases, which is well tolerated and facilitates pain management.’

Mangla has served in numerous leadership positions at the state, city, and county levels over the past 20 years. He completed his undergraduate degree at the former University of Durban-Westville and continued his education in the US, serving an internship with congresswoman Betty McCollum and also as a public health advisor for Colette von Hanna.

He also served as an Associate Professor and Director of Public Health at the University of the Incarnate Word School of Medicine and as the chief scientific officer at TOXYScreen.

Mangla has received numerous accolades for his public health, policy development, and social justice leadership. A strong campaigner for human rights, he was active during the apartheid era and the riots in South Africa in the 1980s.

Mangla is the first Asian American to be State Epidemiologist for Washington DC.