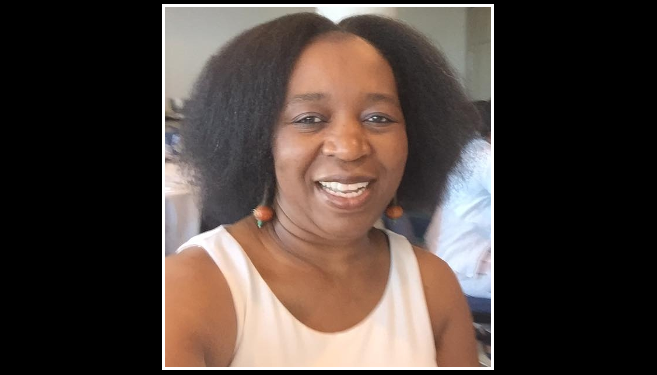 Professor Sinegugu Duma, the Dean of Teaching and Learning within UKZN’s College of Health Sciences.

Professor Sinegugu Duma, the Dean of Teaching and Learning within UKZN’s College of Health Sciences, presented a webinar on Gender-Based Violence (GBV) as a Public Health Issue.

Duma’s presentation also looked at the National Regulatory Framework compelling Higher Education Institutions to respond to GBV and the concept of the scourge as a public health issue in a university as a community and some of its common manifestations.

She said the formal recognition of GBV as a public health issue is a fairly new approach and there is a need to address it using the gender perspective. ‘In 1996, the World Health Organization emphasised the role of the health sector in GBV prevention,’ Duma shared while emphasising the need to compel governments to take actions to prevent and eliminate GBV. ‘In 2017, the Convention on the Elimination of All Forms of Discrimination Against Women (CEDAW) committee of the UN made it compulsory for member states to address GBV,’ she said. The committee suggested the training of health professionals and making them appreciate their role in relation to working with victims and survivors of GBV.

Duma also said GBV is a public health issue because it has severe consequences for survivors, their communities, and society at large.

She is a qualitative researcher with a special focus on the prevention of GBV and sexual violence in different settings. In 2016, the Forum of University Nursing Deans in South Africa (FUNDISA) inducted her into its Hall of Fame for Research Excellence in Nursing in recognition of her work in translating her research findings into nursing practice and improving the health outcomes of victims of sexual violence and GBV within the African continent.

Using her research findings, Duma became the founding chairperson of the University of Cape Town’s Sexual Assault Response Team in 2016, the first such service for victims of sexual violence on campus within South African universities.

She has published more than 50 articles, a number of book chapters and is the sole author of the book: The pain of being a woman: In-depth research on recovery from sexual assault.

She co-edited the book: Introducing forensic health care in contemporary South Africa. Aspects of Forensic Medicine: An introduction for Healthcare Professionals and serves as the editorial board member for scientific Nursing journals

She also has a certificate in Sexual Assault Forensic Nursing from Johns Hopkins School of Nursing. She has been involved - both nationally and internationally - in the service of educating nurses and other health professionals since 1995.