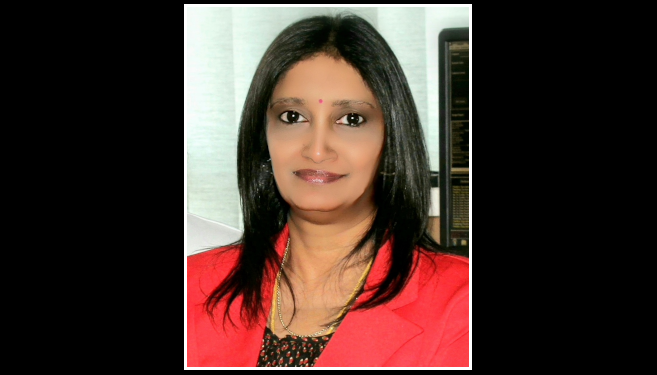 From Clusters to Stars - It’s all about Delivery

‘Bio-nanocarriers based on inorganic nanoparticles provide an interesting and novel strategy for the delivery of therapeutic genes or drugs.’

So said Biochemist, Professor Moganavelli “Mogie” Singh on the occasion of her inaugural lecture into the UKZN professoriate.

‘Several nanoparticles have been synthesised, including lipids, polymers, carbon-based and inorganic nanoparticles (gold, silver, platinum, silica, selenium),’ she said. ‘Inorganic nanoparticles are attractive candidates for both gene and drug delivery, and have the potential to revolutionise the area of nanomedicine and cancer therapy owing to their small size, good stability and amenability to functionalisation and cell-specific cellular uptake.’

Her inaugural lecture covered nanoparticles researched from 2000 to date, focusing on gold and selenium nanoparticles for anticancer drug and gene delivery.

‘Both these nanoparticles have shown the ability to bind, condense and successfully transport nucleic acids (DNA, mRNA and siRNA) to cells in vitro, in addition to successfully delivering anticancer drugs to cancer cells,’ she said.

Singh received her BSc Honours and MSc in Biochemistry from the then University of Durban-Westville (now UKZN) before going on to obtain her PhD from UKZN in 2005.

She joined the Department of Biochemistry in September 1987 as a junior laboratory technician and worked her way through the ranks of senior technician, lecturer (2001), senior lecturer (2008), Associate Professor (2017) and finally, full Professor in 2020.

During this time, she held the positions of Dean’s Assistant; Deputy Head of School for Biochemistry, Microbiology and Genetics; Academic Leader: Teaching and Learning; and Academic Leader: Research and Postgraduate Studies.

Singh’s research is rooted in Gene Therapy and Nanomedicine, with particular focus on non-viral or nanoparticle-mediated gene and drug delivery for the treatment of cancer.

In addition, she is involved in collaborations involving the testing of medicinal plants and novel synthesised chemical compounds for various biological activities, including anticancer activity in collaboration with researchers at UKZN, North West University, the University of Zululand and Walter Sisulu University.

Notably, one of Singh’s papers published in the journal Pharmaceutics was nominated for the 2021 Highest Cited Paper award. She is currently supervising 12 PhD, six master’s and two honours students.

Singh was part of the Scientific organising committee for the 4th International Conference on Nanomedicine, Drug Delivery and Tissue Engineering (NDDTE’19), on the Promotion committee for Kuwait University 2021, and was a panel member for peer review of the SAMRC/WITS Antiviral Gene Therapy Unit, University of the Witwatersrand, in October 2020.

Singh is a member of the Editorial Board of Evidenced-based Complementary and Alternative Research, and has been invited to serve as a guest editor for the Journal of Oncology, Pharmaceutics and Frontiers of Chemistry. She is a reviewer for more than 50 journals, including high-impact journals such as the Journal of Controlled Release and the International Journal of Pharmaceutics.

She has been an NRF C3-rated scientist since 2012 and has received several grants including the Nanotechnology Flagship, international bilateral and BRICS funding. She has a Google scholar h-index of 28, an i10-index of 77 and over 2 200 citations to date. She was among the Top 30 Researchers at UKZN for 2019 and 2020.

Singh has been an invited speaker at a number of international conferences in Singapore, Japan, USA, Italy, Poland and Dubai, including two of which were keynote addresses. She recently represented South Africa in the Controlled Release Society’s International Chapter Webinar featuring India, South Africa and Turkey.