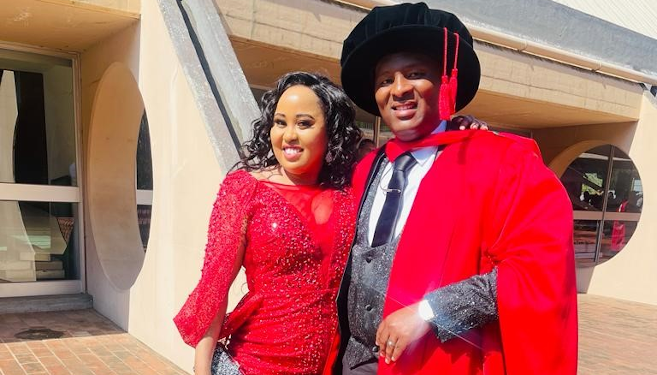 Concerns about corruption and lack of good governance in the local government sphere prompted the Executive Chairman of Inzalo Capital Holdings Ltd investments company with an interest in software development, technology and water smart management solution, Dr Sihle Ndlovu to embark on a research journey which resulted in him being awarded a Doctor of Business Administration degree by UKZN.

Utilising the mixed methods approach, the quantitative analysis identified the common manifestation of corruption in the three municipalities as fraud and bribery, mismanagement of funds, abuse of resources, procurement irregularities, unethical behaviour, and appointment irregularities, while quantitative results revealed accountability and transparency as some of the indicators of good governance.

The study recommends that municipalities should continue to appoint and invest in ethical leaders to help curb corruption. ‘Given the alarming rate of corruption in public sector organisations, it appears that the anti-corruption approaches are not helpful anymore. To minimise the prevalence of corruption within the public sector, the anti-corruption agencies need to be strengthened; communities must be involved as an effective means of social regulation; corrupt individuals must be held accountable; transparency must be upheld, particularly in the government procurement system and appointments; and there must be legislative reforms.’

At Inzalo Capital Holdings, Ndlovu is responsible for developing and implementing plans and business strategies which ensure alignment with short and long-term business objectives for South Africa and the Global Business Plans.

Ndlovu is a man of many talents with interests in farming and finance. He is a professional accountant (SA) with the South African Institute of Professional Accountants (SAIPA) and Chartered Institute of Management Accounting (CIMA). In 2019, he earned the Global Water Award for the Smart Water Project of the Year, honouring his Cape Town Day Zero Demand Management South Africa initiative as a chairman of Inzalo Utility Systems water smart metering solutions company. In 2016, he was awarded first prize at the National Department of Agriculture, Forestry and Fisheries #Agristars Recognition Awards for his success and contributions to the agricultural sector, specifically within animal and plant production.

He is currently enrolled in a 12-month intensive leadership programme facilitated by Stanford University’s Graduate School of Business Seed Transformation Programme aimed at CEOs and founders of companies in developing and emerging economies. He is also the Chairman and Non-Executive Director member of various companies and institutions.

Proud of his achievement, Ndlovu said: ‘The research has helped me to strengthen and understand the fundamentals of ethical leadership to promote good governance for the sustainability and the reputation of the organisation.

‘I believe that faith in God includes faith in His timing. So is today, I feel so overwhelmed and humbled by this opportunity looking at where I come from. It is indeed a joyous day and God moves in an atmosphere of gratitude. I never thought that I would be counted as one of the doctoral graduates today. I worked very hard to achieve my goal of obtaining a DBA.’

With the doctoral journey requiring support from various structures, Ndlovu is grateful to his parents for instilling in him a culture of education and learning. ‘My family, especially my mother kept me going through prayer and motivation. My wife and kids understood my dream and supported it. My work colleagues also encouraged me to continue the journey and provided me with all the necessary support.’

He said that Mutambara was his academic pillar of strength, ‘Professor Mutambara is a great leader, I wanted to give up at some point but his encouragement and support made me believe in myself. I will always be grateful to him,’ he added.

Next on Ndlovu’s agenda is sharing the findings of his study with the three municipalities sampled with the aim to empower them in the eradication of corruption which will contribute to improved service delivery.