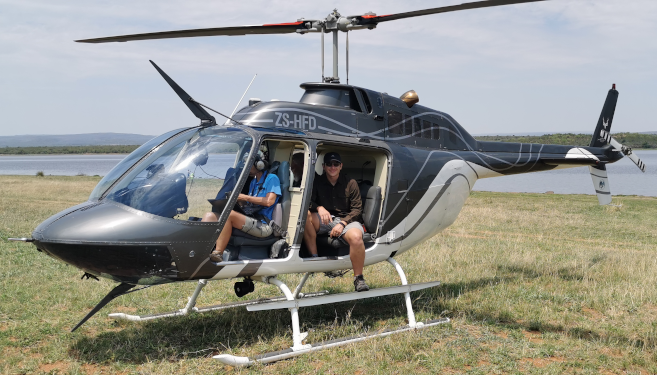 Dr Albert Myburgh has been awarded a PhD in Ecological Sciences for his research on monitoring wild and captive Nile Crocodile (Crocodylus niloticus) populations in southern Africa.

He was supervised by Professors Colleen Downs and Stephan Woodborne.

‘UKZN has a historically strong focus on my study species and a track record of professional alumni that I had the pleasure to work with during my honours and master’s studies,’ said Myburgh on his choice of institution.

Myburgh developed and evaluated a low-cost drone mapping method specifically for monitoring and managing crocodiles in both wild and captive environments.

He was motivated by the lack of accessible techniques and equipment to monitor wildlife populations across conservation institutions.

‘During my master’s studies, I was exposed to the world of wildlife population monitoring and saw how budget dependant it is, often resulting in long periods of time between wildlife surveys when funds are limited,’ said Myburgh. ‘This makes the life of managers and policymakers very difficult as they rely on routine data to make adaptive management decisions in order to manage conservation areas effectively.’

Myburgh turned to drones as the answer to this conundrum. His research is significant as it paves the way for the low-cost adoption of emerging technologies in conservation areas - ‘in this case specifically enabling more frequent crocodile censuses whilst providing more reliable data than previous methodologies.’

He is currently employed as a postdoctoral researcher, with a focus on the adoption of emerging technologies in ecological research.

‘I hope to develop methods that can aid in the efficient management of natural resources into the 21st century,’ said Myburgh.

Drones and crocodiles are not Myburgh’s only preoccupation - he believes in a balanced lifestyle and has a plethora of hobbies ranging from electronics and 3D printing to fishing and mountain biking.

He thanked his supervisors and family, and especially his wife who supported him both mentally and financially throughout his postgraduate studies.