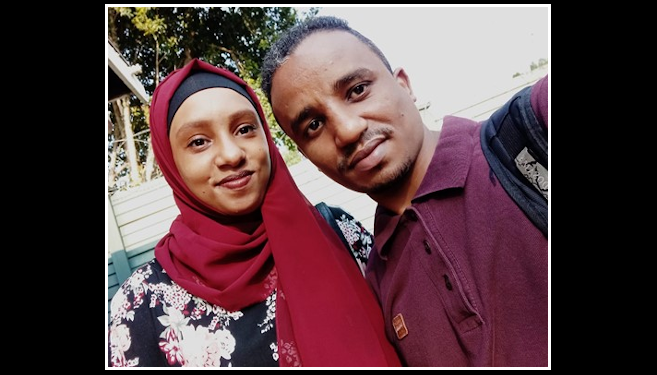 Dr Mohanad Mohammed graduated with a PhD in Statistics from UKZN’s School of Mathematics, Statistics and Computer Science.

Mohammed completed his undergraduate degree in Statistics and Computer Science and a BSc Honours at the University of Gezira, Sudan. He decided to pursue an MSc degree in Statistics at UKZN because of its reputation as a top-ranked Institution. He received a prize for academic excellence and went on to study for a PhD. He said that UKZN encourages students to engage with researchers and scientists in various fields, which developed his group work skills.

Mohammed’s research focused on cancer. ‘It is on the rise and the chances of being diagnosed with a high degree of accuracy and then getting suitable treatment are low,’ he said. ‘Cancer is among the leading causes of death in developed and developing nations.’

Mohammed’s PhD study used gene expression data to facilitate decision-making in relation to cancer diagnosis, treatment and care. It found that gene expression profiling of tumours enhances the accuracy of cancer prediction, leading to correct diagnoses and the application of effective therapies.

Mohammed’s research resulted in three articles being published in highly reputable journals. He believes that his findings will positively impact society, as the prediction models he developed can be used to detect and classify cancer type, subtype and survival prospects as early as possible. This will help facilitate decision-making with regard to treatment.

He described his time at UKZN as amazing. ‘I learnt a lot and my skills have grown,’ he said.

Mohammed is currently a postdoctoral fellow in a health data science project hosted by UKZN in collaboration with Harvard T. H. Chan, School of Public Health, USA, and Heidelberg University in Germany.

Mohammed expressed his gratitude to his supervisors, Mwambi and Professor Bernard Omolo for their inspiration, patience, dedication and guidance. He thanked UKZN and the University of Gezira, GlaxoSmithKline and the Sub-Saharan Africa Consortium for Advanced Biostatistics Training for financial support.

He also thanked his parents, brothers, sisters and other family members who supported him. ‘Above all I would like to thank my wife Tehnan Mohamed for her love and constant support, for all the late nights and early mornings, and for keeping me sane over the past few months. Thank you for being my muse, editor, proofreader and sounding board. But most of all, thank you for being my best friend. I owe you everything,’ said Mohammed.