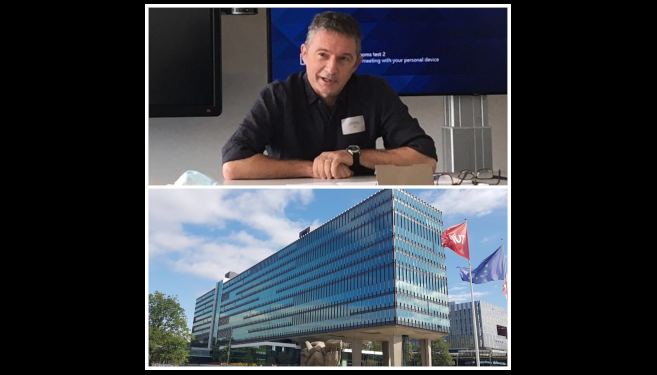 Professor David Spurrett speaks at the Eindhoven University of Technology.

Professor David Spurrett of the School of Religion, Philosophy and Classics was recently an invited participant at a workshop on Metaethics and Artificial Intelligence at the Eindhoven University of Technology in The Netherlands.

The workshop focused on problems relating possibilities of building artificially intelligent agents that behave ethically, and how to verify whether attempts to do so have succeeded.

Participants came from across Europe, Australia and the United States, and from disciplines including Computer Science, Technology and Innovation and Philosophy as well as industry. Most of the workshop discussions focused on problems relating to currently existing or possible forms of artificially intelligent agents, but some of the conversations turned to the more speculative problems relating to ethical behaviour by “super-intelligent” agents in the future.