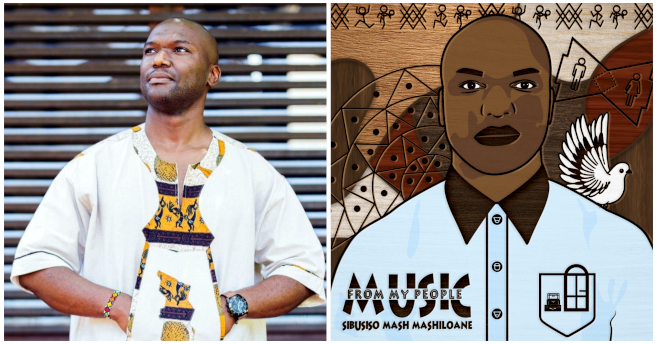 UKZN Jazz lecturer in the School of Arts Mr Sibusiso “Mash” Mashiloane has been nominated for a South African Music Award (SAMA) in the Best Jazz category for his sixth album: Music From My People.

Other nominees in the category are Herbie Tsoaeli, Steve Dyer, Jimmy Dludlu and McCoy Mrubata.

‘I am so thankful for this nomination, especially being in the company of musicians who are part of the reference in my pursuit of the sound of home. It is a great honour. Thank you to all who guided me and are part of this music,’ said Mashiloane.

The 10-track album echoes many rhythmic languages, multi-generational camaraderie in sound, and an exploration into self-identity. The creation is weaved in the fabric of family, community, country, the African continent and the world.

The Jazz genre is interpreted in its many phases and decades, in line with introspective experiences linked to those specifically relevant times. The album is not carefully curated and synchronised to direct a listener from one point to another but more a puzzle that pieces one’s personal interpretative experiences together, similar to Mashiloane’s journey in music.

Also featured are young musicians who have studied under Mashiloane’s supervision, such as bassist Qhubekani Mthethwa, trumpeter Thabo Sikhakhane and vocalist Wandithanda Makandula.

Mashiloane is a multi-award winning artist who has been nominated for the SAMAs, the All Africa Music Awards (AFRIMA) awards and the International Urban Music Awards.

At present, he is studying towards a PhD which, through the sounds of South African Jazz, focuses on the nostalgia-seeped themes of home that Mashiloane can’t help but find himself instinctively returning to.

Six years ago, Mashiloane set himself a target of releasing an album a year for seven years. Since then, audiences and jazz enthusiasts have enjoyed the following award-winning albums: