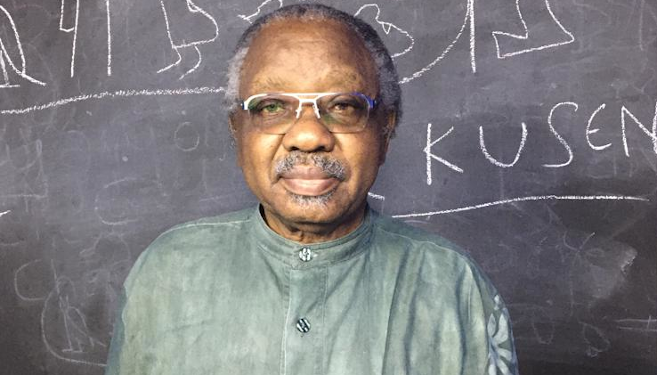 As part of Africa Month celebrations, the College of Humanities in collaboration with the National Institute for the Humanities and Social Sciences (NIHSS) hosted a webinar on Hieroglyphics and Coptic Scripts as African Innovations, presented by Vice-President and CEO of the Kass Media Group Dr Kiopkoeech Araap Sambu.

Deputy Vice-Chancellor and Head of the College of Humanities Professor Nhlanhla Mkhize said, ‘This lecture is timely for Africa Day and forms part of our inaugural College lecture series. It marks a significant milestone towards the African continent controlling its own past. We must position the continent as a significant role player for knowledge production. We must engage in ancient Egypt and ancient manuscripts to understand our past. This lecture is a launchpad for UKZN to introduce Egyptology.’

NIHSS Chief Executive Officer Professor Sarah Mosoetsa added, ‘This conversation is an important continental dialogue in which we can display pride in our languages because it offers a true account of our past so that we can take our histories forward.’

‘Egyptian religion is most intriguing and exciting and there are volumes upon volumes of literature on it,’ said Sambu, who discussed these varied sources and has come up with findings that call for a total re-look and re-evaluation of African religious systems.

Sambu encouraged UKZN students to learn, take courses, do research on and use the ancient scripts of Egypt known as Coptic and Hieroglyphics. ‘Knowledge of these ancient scripts will facilitate further deeper research into the African past; a past whose greater knowledge about Africa is unpalatable to much of the West but which will build Africans’ pride in their own past and, therefore - this is very important - in their own present,’ he said.

He demonstrated that the Egyptian scripts ‘are truly of African origin, a fact which has been hidden from the African all these years. Importantly, these African scripts gave birth to what we call Western alphabets.’

Sambu presented linguistic comparisons between Indo-European languages and Semitic languages, comparing them to the Egyptian language and the Kalenjiin African language. He described ‘ancient Egypt as the earliest known of Black people’s very own heritage.

‘One only needs to take a look at the drawings and carvings of the ancient Egyptians by those same ancient Egyptians. It depicts their own general physical appearance of being the darkest-skinned of the sub-Saharan people. If that is not enough, the lingering impression will remain until one recalls some of the Kalenjiin-sounding names of some Pharaohs of ancient Egypt such as Tutankhamun, Amasis, Chephren, Cheops, Psamtek, Psamis and more.’

Sambu also documented the views of the specialists and authorities who have been ignored or forgotten. He presented linguistic, mythical, and material connections referring to facts about ancient and modern African architecture.

In closing, senior lecturer in the School of Arts (African Languages) Professor Gugu Mazibuko said, ‘This lecture is a call to action to re-invest in indigenous knowledge, heritage, history, religion and languages. It also aligns with UKZN’s mission and vision to be the Premier University of African Scholarship.’