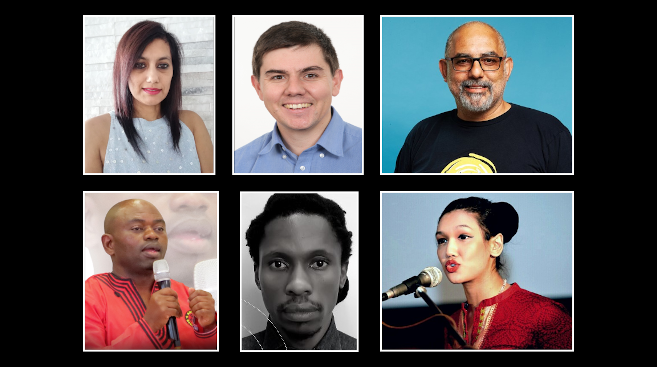 The Recent KZN Floods: An Autopsy of a Natural Hazard which Became a Disaster, was the title of part one of a webinar series featuring speakers from a variety of sectors.

Facilitated by Professor Sadhana Manik of UKZN’s School of Education, the webinar focused on the causes and impacts of the flooding, exposure to hazards, risks, and the vulnerability of communities.

Manik explained that the second part of the webinar was ‘a tribute to victims of the KZN floods.’ She acknowledged that ‘residents were still suffering in the aftermath of the floods - with water and energy insecurity apart from the food insecurity and inadequate spaces to house the affected victims. There were also health-related risks from water-borne diseases.’

In his welcome address, Dean and Head of UKZN’s School of Education, Professor Thabo Msibi said he was pleased to host the first in a UKZN series of conversations about climate change with the focus on the recent flooding in the province.

He said latest statistics revealed that more than 400 people had died and 54 remained missing, while 40 000 had been displaced. The damage to infrastructure had been immense, leaving many without electricity or water for weeks.

Msibi highlighted how the floods have affected people of all races, classes and genders, with the poor remaining the most vulnerable.

‘These events demand that we act and act now. It would be irresponsible for us to keep quiet as a knowledge-generating institution when society depends on us to lead the way,’ said Msibi.

‘We are not only contributing intellectually as UKZN, but we have also responded by providing support to the impacted staff, students and communities at large.’

A senior lecturer in Geotechnical Engineering at Stellenbosch University, Dr Charles MacRobert factored in the geology of eThekwini as a cause of the landslides that occurred, saying how the district comprises of low-lying areas prone to flooding; has a poorly controlled surface water flow partly because of poorly maintained drainage systems; and how some areas, such as those around Quarry Road, contain silt and clay which are prone to long-term seepage due to leaking pipes and soakaways.

The Director of GroundWork and a member of the Presidential Climate Change Commission, Mr Bobby Peek reviewed the historical context of climate change saying how the world is in crisis due to countries in the North having plundered the resources of the South as well as getting rich by burning fossil fuels. ‘The rich are secure behind their walls while the poor are impacted the most by climate change today,’ said Peek.

Calling for a disaster management plan to be created for the city of Durban, Peek remarked on the importance of developing a resilient city, with a resilient economy, and efficient service delivery and healthcare systems.

He provided examples of how to achieve this including: rethinking governance in an open democracy; restructuring the city; developing long- and short-term plans to rebuild the city; rethinking settlement patterns, and reviewing town planning by-laws.

The founding member of Abahlali baseMjondolo Movement SA, Mr Sbu Zikode said it was a pity that the struggles of informal settlement dwellers were only recognised when middle income and rich people were affected.

Focusing on why dwellers of informal settlements build on river banks, he noted how this was often the last resort for them after being unable to access better land. He urged the government to revisit the land policy and provide better infrastructure in future.

Thanking everyone who had provided aid to those affected by the floods, Zikode asked a poignant question: ‘Where do informal settlement dwellers go to rebuild?’

Acting Manager for Strategic Planning at eThekwini Municipality, Mr Emmanuel Letebele explored some of the causes of flooding, listing them as land degradation, deforestation of catchment areas, poor land zoning and inadequate drainage systems. He said the municipality was concerned about increased population density along riverbanks and acknowledged the challenges, saying there were plans to cope with the issues.

A UKZN PhD student researching Disaster Management, Ms Tashmica Sharma, highlighted how in addition to climate change and the greenhouse gas affect, other factors had an influence such as the Milankovitch Cycles (they describe the collective effects of the changes in the earth’s movements on its climate over hundreds and thousands of years) and the Obliquity Cycle (the angle of the Earth’s axial tilt with respect to the orbital plane).

Remarking on how 300mm of rainfall fell on 11 April this year, within a 24-hour period in KwaZulu-Natal, Sharma said: ‘This is a stark reminder that we cannot outdo the forces of nature. There was and still is a clear need for investment in infrastructure and better and more storm drainage systems.’

Sharma called for effective governance which requires government and the public and private sectors to work together in unison.

With Durban likely to lose between 1.5% and 2 % of its GDP due to the flood, she said more effort was required from the government in restructuring a disaster management plan and more input needed from the public and private sectors.

Manik concluded the first webinar by stating that ‘the KZN floods and landslides were a wakeup call for everyone.’ In closing she said: ‘the frequency and intensity of extreme events have increased and hazard preparedness and community resilience must be foregrounded and strengthened in KZN through collective action.’