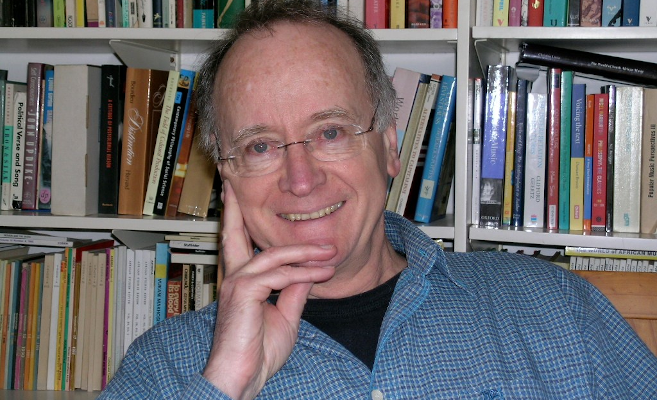 Professor of Music Emeritus in the School of Arts and UKZN Fellow Professor Christopher Ballantine has received an A-rating from the National Research Foundation (NRF) - the first time the Foundation has awarded a high rating to a Music academic.

This top classification is given to researchers who are recognised by their peers as leading international scholars in their field for the high quality and impact of their recent research outputs.

‘The Arts are often side-lined and seen as less important to society than other fields of activity,’ said Ballantine. ‘My work has consistently argued against that deeply mistaken view. The best thing about this rating is that, by recognising my work in this manner, the NRF has implicitly acknowledged the crucial social importance of music - despite being the most abstract of the arts - and the arts in general. There’s a lesson in this for all administrators and funders.’

Celebrated for his pioneering work as a radical musicologist, his philosophically-grounded writings are widely published internationally, exploring the meanings and social implications of music and the forces that shape it. In particular, he has written about the music of the last 100 years, the philosophy and sociology of music, and South African music.

A graduate of the Universities of Cambridge, Cape Town, and the Witwatersrand, he is the author of several books, including Music and its Social Meanings; the award-winning Marabi Nights: Jazz, ‘Race’ and Society in Early Apartheid South Africa; and he co-authored Living Together; Living Apart? Towards Social Cohesion in a Future South Africa.

Recent publications include chapters in Sound and Imagination (Oxford) and The Routledge Companion to Jazz Studies.

His research career, similar to his academic career in general, has been built around a fundamental interest in the role that music can play in the struggle for a better, more humane, more egalitarian society in South Africa and elsewhere. This work has broached a range of theoretical and disciplinary fields, including the sociology of music, musical meaning, and the philosophy of music. The outcome has been a body of publications related to, for example, endogenous African music, and varieties of 20th and 21st Century classical, operatic, and popular music, including the socio-political history of jazz in South Africa.

The winner of the University Book Prize in 2014, he is regularly placed in the University’s prestigious group of Top 30 researchers, and is often ranked the top-performing researcher in the College of Humanities.

‘Partly because of my commitment to our young democratic society - a society seriously injured by colonialism, apartheid, and rampant inequality - one important theme in my research has been to articulate a scholarly understanding of the ways that music might be at work in these processes, for good or for ill. Importantly, though, the issues at stake here are not confined to post-apartheid South Africa,’ said Ballantine.

He noted that ‘across the globe, the linked spectres of authoritarian nationalism, deeply conservative identity politics, xenophobia, and fascist tendencies currently disfigure our world. So, much of my recent published work has shown music’s potentially powerful role in, for example, the struggle against ossified identities and dehumanising forms of categorisation and border making.’