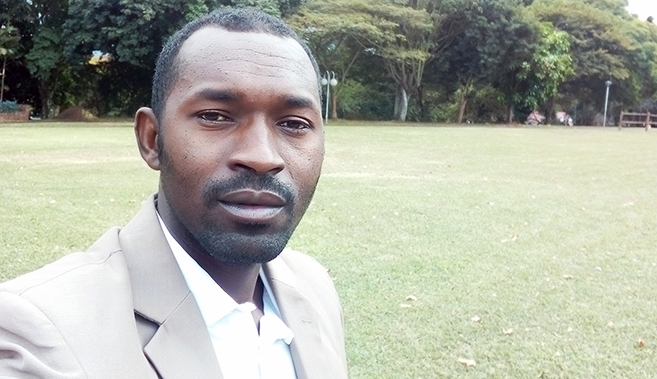 Dr Adam Kheralla earned his PhD in Physics after conducting a computational study of the structure and optical properties of perovskite solar cells materials.

He was supervised by Dean of Teaching and Learning in the College of Agriculture, Engineering and Science, Professor Naven Chetty. ‘Adam investigated transition metal iodide perovskite Cs2Hf I6 to determine the electronic structure and optical properties,’ said Chetty. ‘Density Function Theory was utilised in the quantum-espresso code. His results suggest that Cs2Hf I6 may be helpful in the future instead of the toxic element Pb in solar cells due to better band gap and optical properties.

‘Adam’s work is topical in that he proposes new novel materials for semi-conductors, which adds significant value to the current body of work in the field,’ Chetty added. ‘His work has been published in international journals.’

A citizen of Sudan, Kheralla was attracted by UKZN’s academic reputation and came to the University to pursue a PhD after obtaining a bursary.

He explained that perovskite compounds - whose structure and optical properties were the focus of his research - are considered promising materials for the fabrication of solar cell energy.  The numerous potential applications for solar energy motivated his interest in the topic.

‘My research is significant as it will assist scientific researchers who are doing experimental work in solar cells materials,’ he said.

Kheralla plans to continue with research as a means of securing employment.  He gave thanks to God for his academic success and paid tribute to his supervisor.

‘Adam worked through severe hardships imposed by financial difficulties in his country,’ said Chetty.  ‘But he persevered in his studies and completed them in record time. His pleasant nature and hard-working attitude have resulted in this success.

‘He will no doubt make a valuable contribution in his own country as an academic of note.’