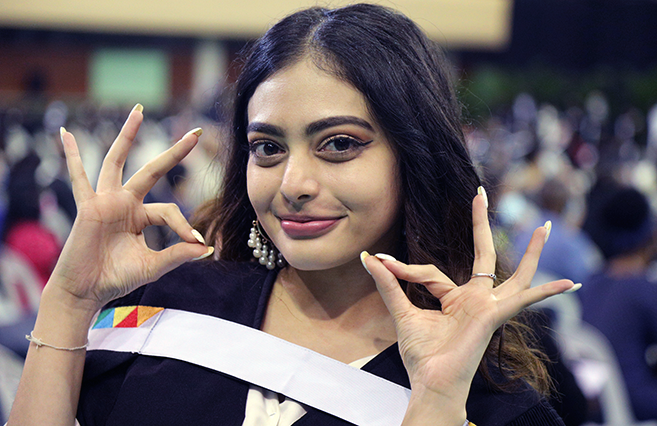 ‘I always worked overtime and prayed to do well in my degree, but never imagined I would be a top achiever!’

Dabi said her greatest hurdle during her studies was overcoming her anxiety of failing. ‘Sometimes you study so hard for an assessment and you just don’t get the mark you worked for. I told myself the only way to conquer this was to keep focused and get my priorities right,’ she said.

Currently working in the 2022 Specsavers Graduate Programme as an optometrist, she hopes to further her studies and later open her own practice.

‘I chose optometry because I love people - helping them and improving their lives. Also, I believe sight is a person’s most important sense and protecting it means a great deal to me,’ said Dabi.

During her studies she received Deans’ Commendations and Certificates of Merit. She was also part of the Golden Key International Honours Society.

Dabi described her UKZN experience as the best, saying she will forever hold fond memories of the friendships she made and the good relationships she had with lecturers.