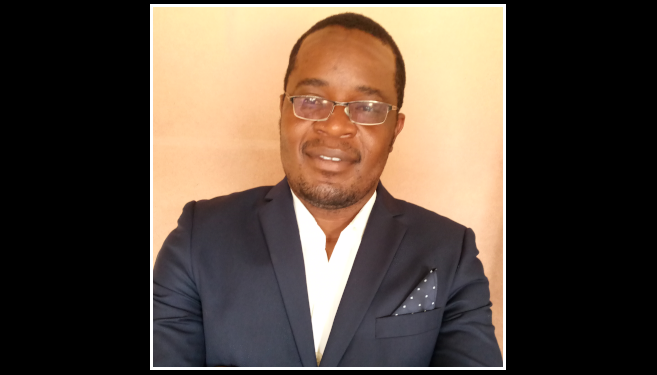 A lecturer at the University of Zimbabwe in Harare graduated from UKZN with a PhD in Public Health Medicine for his study of the World Health Organization’s (WHO) child growth standards in height-for-age monitoring.

Said Dr Anesu Marume whose study was supervised by Dr Saajida Mahomed and Professor Moherndran Archary: ‘Completing the PhD was an exciting accomplishment. From proposal development up to writing the final thesis it has been a remarkable learning experience.

‘The University’s training workshops were highly informative and what I learned there will enrich my research expertise as well as my practice in public health. I hope to become a leading force in global health and research and a sought-after public health specialist.’

His study, titled: Validation of the WHO Child Growth Standards in Height-For-Age Monitoring, Zimbabwe, made use of three approaches in understanding height-for-age monitoring in Zimbabwe. The first approach questioned the appropriateness of WHO child growth standards in accurately identifying children with nutrition deficiencies in Zimbabwe. The basis for the challenge was that the sample size, settings and approaches used in the development of the WHO growth standards were limiting and inappropriate for a low income setting such as Zimbabwe.

Marume says he found that the WHO growth standards over-estimated the stunting and underweight prevalence in Zimbabwe while not highlighting the fact that some children were overweight.

He said he also established that the Zimbabwean Growth monitoring programme was undersubscribed and failed to refer children identified with malnutrition for treatment.

The study confirmed that multiple predictors as outlined by the WHO stunting were present in the Zimbabwean population.

Marume recommended a multi-stakeholder approach in tackling childhood stunting and the development of regional-specific child growth standards that took into consideration genetic, cultural, economic and dietary differences within populations as opposed to the one size fits all approach of the WHO growth standards.

‘The first wave of the COVID-19 pandemic and subsequent lockdowns coincided with the period I wanted to start data collection which resulted in an increase in both the time taken and costs involved for data collection,’ he said. ‘Additionally, access to dataset which I intended to use for validation of the WHO growth standards proved to be very difficult as the personnel designated to approve and provide the access were termed non-essential and were working from home,’ said Marume.

During his studies he received funding from the College of Health Sciences scholarship office to buy COVID-19 Infection Prevention and Control (IPC) materials. The validation of WHO growth standards, originally planned to be the first step in his research, had to be postponed until access to the dataset was granted.

‘Despite the challenges caused by the COVID-19 pandemic, platforms were created that enabled me to complete my PhD within my stipulated timeframe. Virtual meetings and workshops created in place of the face-to-face training were very helpful,’ he said.

Marume was previously employed by the Ministry of Health and Child Care in Zimbabwe for more than eight years. ‘Within the same period, I have been involved in implementation, coordination, research, monitoring and evaluation of multiple public health programmes and services among refugees, key populations, adolescents, children and women of child bearing age,’ he said.

He is an amateur chess player and uses his skills to teach the game to young children in schools and at orphanages.