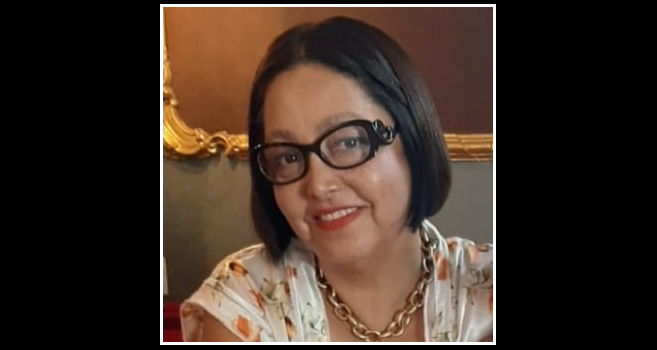 UKZN academic and Mercator Fellow at the University of Bremen, Professor Rozena Maart.

Academic within the College of Humanities, Professor Rozena Maart has been appointed as a Mercator Fellow at the University of Bremen, Germany within the Contradiction Studies - Constellations, Heuristics, and Concepts of the Contradictory programme.

Mercator Fellows are considered very prestigious within Germany and across the globe.

As a Mercator Fellow, Maart will deliver special lectures and will act as an external supervisor for PhD students as well as deliver lectures, workshops and public talks. Mercator Fellowships enable intensive exchange with researchers from Germany and bring additional expertise to a project, increasing its visibility. Maart’s extensive knowledge and experience of decolonial, post-colonial critiques and critical race theory will also be included in the project.

Fellows are integrated to a greater extent than visiting researchers. They are associated with the project over the long-term and work on site, at various times, at the host institution. They remain in contact even after their stay and carry the designation “Mercator Fellows”.

It will consist of two stages and run for nine years. Supervision will be offered on an individual and co-supervision basis, which includes Mercator Fellows. The German Research Foundation (DFG) awarded the programme five million euros (R90 million) for the first four-and-a-half years, which is the first stage.

Maart has been at UKZN for just over 10 years and is also an International Research Ambassador at the University of Bremen in Germany. She received the 2021 Nicolás Cristóbal Guillén Batista Lifetime Achievement Award for her work in literature and philosophy. In 2016, she received the William R Jones Lifetime Achievement Award from the organisation, Philosophy Born of Struggle. She has also won several international awards, including the Journey Prize: Best Short Fiction in Canada in 1992 and a monetary prize for her short-story, No Rosa, No District Six.

Maart’s work examines the intersections between and among political philosophy, Black Consciousness, Derridean deconstruction and psychoanalysis, along with the contradictions of the colonisers who do textual decoloniality devoid of self-examination and self-interrogation whilst still benefitting from the very system of coloniality they claim to be against. She has published several books, journal articles and book chapters and recently edited two volumes titled, Decoloniality and Decolonial Education: South Africa and the World.

Maart has had Zoom meetings with students at UKZN who she has encouraged to apply.