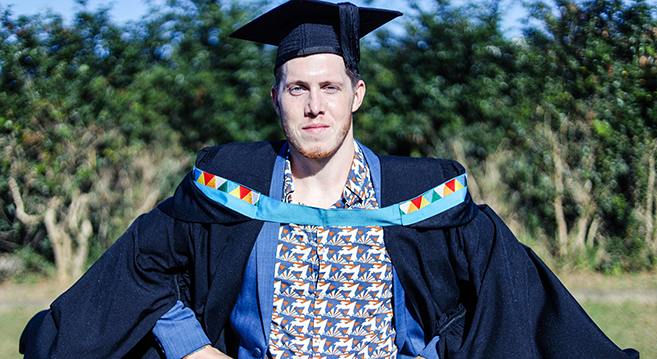 Guy-Talk: A Discursive Analysis of Men’s Responsibility in Contraceptive Use

Mr Brett Marshall graduated with his Master’s in Research Psychology.

Findings revealed that sexual practices, and relatedly sexual health practices, were highly gendered. Discourses which were drawn on tended to represent an ideology of male dominance and female subservience. ‘Sex was constructed as highly masculine while conversely, sexual health practices were feminised. This reinforced the idea that women should bear primary responsibility for sexual health and contraceptive practices,’ explained Marshall.

His study highlights the need for different masculinity practices being made available to men. ‘These practices should incorporate ideas of shared contraceptive responsibility and challenge constructions of male dominance and female subservience. Men need to be provided with a safe space in which they can explore the topic of sexual health without fear of emasculation,’ he said.