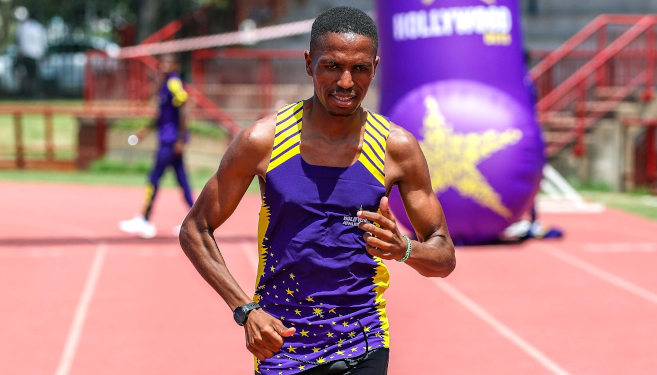 Bachelor of Education Honours graduate in Leadership, Management and Policy, Mr Nkosikhona “Pitbull” Mhlakwana seems to be winning on all fronts, having come in at second place in the Total Sports Two Oceans Marathon on 17 April 2022 in Cape Town.

Scheduled to graduate formally on 9 May 2022, the 28-year-old Howick-born athlete said he was elated to represent his club (Hollywoodbets Athletics Club), his country, his province, UKZN and his hometown in the 56km ultra marathon.

Mhlakwana who started preparing for the marathon in November 2021, said his coach, Mr Prodigal Khumalo; manager, Mr Ross Waters; sponsors, Adidas, Threshold, Orange Grove, Bio77 and 32Gi; supporters and family motivate him. ‘My family believes in me so much that even though I came second, to them I finished first.’

Commenting on the race he added, ‘For me it’s always about setting goals that I can achieve, and the goal was simple for me on the day, it was to run 3 hours 10 minutes and, I ran 3 hours 9 minutes, which gave a me a good podium finish, so I’m happy.’

UKZN Senior Sports Officer Mr Zweli Sapula said that the Division was proud of Mhlakwana’s accomplishment which reflected the quality of the University’s Athletics Club.

‘As a Sports Scholarship recipient, Nkosikhona formed part of the athletics team that trained on the Edgewood campus. We set up an Athletics Club and recruited athletes to run in groups around the area. We then introduced high and long jump where Nkosikhona joined the Executive Sports Committee to improve athletics on his campus and was later named Sportsman of the Year in 2019 after winning the Zululand 56km ultra marathon,’ said Sapula.

Mhlakwana shared his dream of returning to his alma mater to assist in recruiting and retaining talent within the Sports Division.

He reminisced on his first Comrades Marathon in 2019 when he made the 11th place finish due to cramps and got his nickname, “Pitbull” after crawling to the finish line. Mhlakwana plans to run his second Comrades this year but is still enjoying his current achievement at the Two Oceans Marathon.

Encouraging others to always believe in themselves and to work hard to accomplish their dreams, he shared his motto, saying, ‘If it’s in your mind, then your body can achieve it.’

He also thanked his supporters, family, and team for their unwavering support.