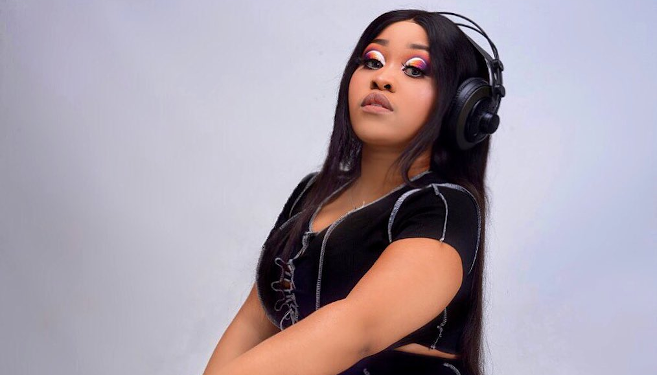 UKZN Social Sciences graduate Hlosiwe Mthalane aka DJ Hlo, is the winner of Ukhozi FM’s 2021 Song of the Year.

She is the first female DJ to win the number one spot on the radio station’s top 10. The award-winning amapiano track is called Isibani, which also features DJ Manzo and Siboniso.

‘Isibani is a dedication song to our loved ones,’ said Mthalane. ‘Those who push us to do better, to see better versions of ourselves. This can be your partner, our parents or anyone who gives you hope and brings light. This win has brought so many opportunities for me and proves that hard work really does pay off and that I am on the right path.’

Mthalane’s love for music began when she was just seven years old. ‘I grew up in a musical family and that is where my passion for music began. It allows me to express who I am.’

Mthalane said, ‘I am planning to release an EP and establish my foundation, the DJ Hlo Foundation. I will be training and mentoring women to become DJs like myself. I looked up to female icons such as Lebo Mathosa and Brenda Fassie and I want to give women a chance to DJ in a male-dominated industry.’

She is also looking forward to releasing her debut album. ‘I just hope that it brings something positive to people, especially because we’re putting it out during this time of chaos, collapse and confusion.’

Apart from her music career, she is also a business woman. ‘I own a nail and beauty salon in Durban called The Palace. It’s still relatively new and small, but I aim to grow it.’

Mthalane is open to more music collaborations and is excited about her future prospects.