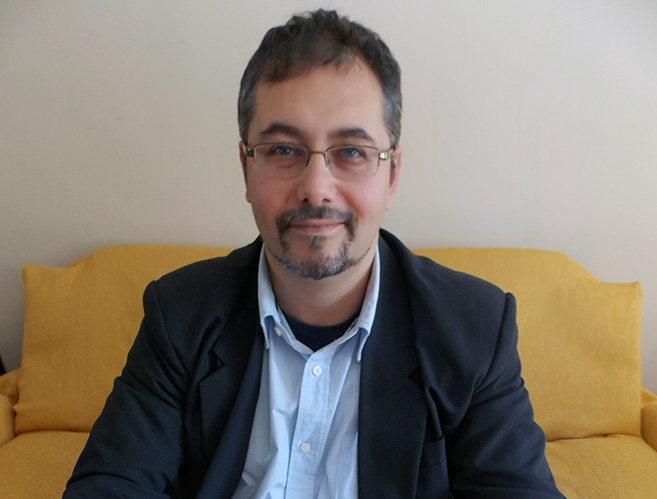 A Quantum Physicist with a passion for research and mentorship, Professor Alessandro Sergi of the School of Chemistry and Physics at the University of KwaZulu-Natal, is one of the Institution’s top-published researchers.

Sergi’s journey towards bringing quantum mechanics to life has been driven by the aim of making a valuable contribution to society by trying to unravel the mysteries of quantum physics.

Sergi, who hails from Messina on the island of Sicily in the Mediterranean, views his contributions to the field of academia through the eyes of Socrates - one of the greatest teachers in history - thanks to the long-standing academic heritage of his native land which was also known as Magna Grecia, or Big Greece.

‘I would very much like to be remembered by all the young people who interact with me as a guide and a source of inspiration,’ said Sergi. Mentorship played an important role in Sergi’s career development, with Professor Paolo Giaquinta playing an important role in his life thanks to their common vision regarding Higher Education as well as a common sensibility towards matters of science and society.

As a teenager, Sergi was drawn to popular accounts of Einstein’s theory of gravitation and was intrigued by the Greek symbol for the letter Psi in a scientific encyclopaedia at his home. These symbols and theories, combined with the fact that such ideas, which could be put down on paper, could form the basis of plans to build rockets to travel to the moon and more, enchanted Sergi.

Once enrolled in Physics at university, Sergi realised that the study of subjects such as Einstein’s theory of gravitation was being pursued in Mathematics departments, a fact which drove him toward quantum physics, with its search of the definition of reality and the explanation of many of the mysteries of life.

The application of quantum physics to everyday life is something that Sergi sees as vital, despite perceptions that the subject is too complex to be understood by the majority of society.

Sergi’s passion for teaching and for plumbing the mysteries of the world of quantum mechanics have resulted in him being placed 19th in the top 30 researchers at UKZN, which he joined in 2007 after working in postdoctoral research positions in North America and Italy. After searching for a permanent position in which he could make valuable contributions to his field, Sergi believes UKZN has proved to be that place.

‘My much more famous countryman Archimedes said: “Give me a place to stand and I will move the Earth”. UKZN has been that place for me,’ said Sergi.

Sergi’s work at UKZN has involved a number of collaborative projects, for example with Professor Francesco Petruccione of UKZN’s Centre for Quantum Technology, as well as with international partners from Cornell University, the University of Bristol, the University of Modena and Reggio Emilia and the University of Messina. His research group currently comprises six postgraduate students: one masters student, three PhD students and two postdoctoral researchers.

With his students, Sergi is working on developing novel algorithms to simulate the dynamics of quantum systems on computers, a challenging problem because of memory requirements and the dynamical oscillations which characterise quantum systems. He is also trying to devise a novel quantum formalism, which is suited to represent the dissipative effects of the environment on quantum systems of interest, a project which he is pursuing with one of his postdocs, Dr Konstantin Zloshchastiev.

A B3-rated NRF researcher, Sergi is the Co-Author of more than 40 research papers and three book chapters, and he has been a speaker at conferences all over the world.