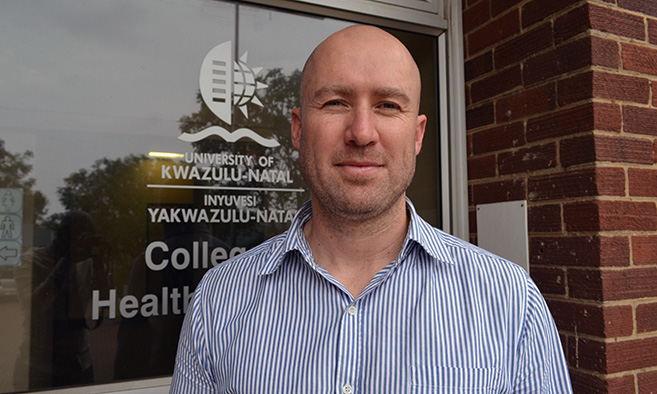 A study which suggests that a 20% tax on sugar sweetened beverages (SSBs) could reduce obesity in 220 000 adults in South Africa, has been co-authored by UKZN’s College of Health Sciences’ Associate Professor Benn Sartorius.

The suggestion is just one component of a multi-faceted effort to prevent obesity.

The study, published in the prestigious journal PloS One, reveals that more than half of the country's adults are overweight with 42% of women and 13% of men described as being obese.

Sartorius, based in the School of Nursing and Public Health at UKZN, has been working with the largely Wits University-based research team Priority Cost Effective Lessons for Systems Strengthening (PRICELESS SA). ‘The interest generated around this study points to the importance of tackling the growing obesity epidemic in South Africa, especially at a population level,’ said Sartorius. ‘This type of strategy would have significant implications for quality of life, non-communicable diseases associated with obesity and the related substantial health care costs.’

‘Previous literature suggests that drinking one SSB a day increases the likelihood of being overweight by more than 50% in children and close to 30% among adults. The impact of concurrent poor diet choices (such as fast food) can also not be discounted,’ he said.

Echoing previous sentiments from Professor Hofman, Sartorius said:  ‘Despite similar research having been conducted in developed settings, this study is the first of its kind in Africa to our knowledge. This type of information will prove useful for Department of Health planning with regards to its National Strategic Plan for controlling non-communicable diseases over the next five years and who have previously listed taxation of foods high in sugar as a viable “best buy” strategy for tacking obesity and associated disease.’

He said the proposed taxation would probably produce a reduction in BMI and the proportion of people who are obese at a population level. ‘It will potentially decrease the number of people who suffer from obesity related non-communicable diseases such as coronary heart disease, diabetes and cancer,’ he added.