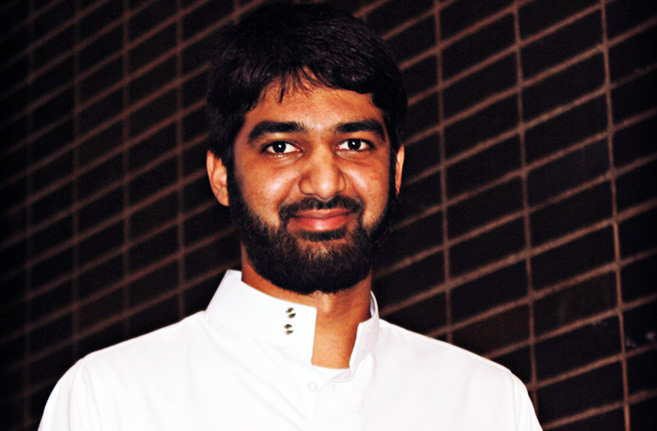 UKZN masters student, Mr Faheem Suliman, was the co-recipient of the Young Linguist Award at the 2014 Linguistics Society of Southern Africa Conference.

Suliman shared the award with another researcher, Ms Tracey Toefey.  The award is usually given to first time presenters at the Conference who have interesting and relevant research in the linguistics field.

‘Getting this award is an acknowledgement of my research and the presentation I did at the Conference,’ said Suliman.

‘As a Linguist, the Conference allowed me to engage with like-minded scholars and to share my research with others. It also provided me with a sort of acceptance into the linguistic community and opened up my research to critical perspectives giving me the opportunity to revisit areas of my work that need further exploration.’

Suliman’s presentation was titled: “Light Verbs in Hindi”, in which he argued that there were several light verbs in Hindi with diverse characteristics that had not been accommodated in the current minimalist architecture, which only postulated a single light verb category. He provided a syntactic account of light verb constructions in Hindi, by classifying the different types of light verbs according to their functions.

Asked about his future plans, Suliman said he wanted to pursue a PhD in the linguistics field and teach linguistics.

-  Melissa Mungroo
In This Issue