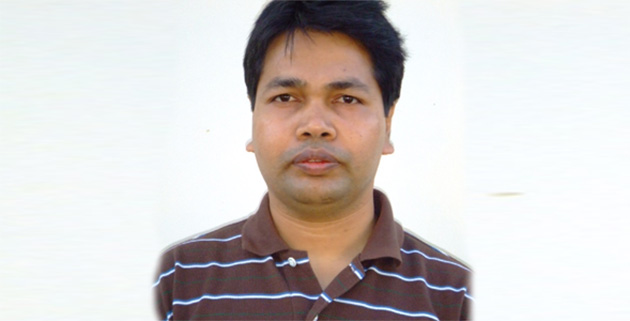 UKZN lecturer on editorial board of international medical journal

A Senior Lecturer in Biochemistry at the School of Life Sciences, Dr Shahidul Islam, has been inducted as a member of the editorial board of the Journal of Translational Internal Medicine (JTIM) for a period of four years.

Apart from this recent appointment, Islam is also a Review Editor of the Swiss journal Frontiers in Experimental Pharmacology and Drug Discovery; a Lead Guest Editor of the American journal Experimental Diabetes Research, a member of the Editorial Boards of the World Journal of Diabetes published from Republic of China and the Journal of Biochemical and Pharmacological Research headquartered in the United States.

Based at the School of Life Sciences, the focus of Islam’s current research is on Diabetes mellitus, particularly on type 2 diabetes.

‘We are not only developing novel and alternative animal models of type 2 diabetes but also conducting intervention trials and underlying mechanisms of actions of several functional and medicinal foods, natural and artificial sugar substitutes, and medicinal plant extracts, which have no or less side effects compared to chemical originated drugs,’ said Islam.

Because of the rapidly changing pathogenesis of type 2 diabetes, Islam and his team have a plan to develop several models of which the first was published in an international pharmacology journal, Pharmacological Reports, on 2012. The development of other models of type 2 diabetes is currently underway.

* The latest issue of the Journal of Translational Internal Medicine, published on 31 March, is available online at: www.intern-med.com.