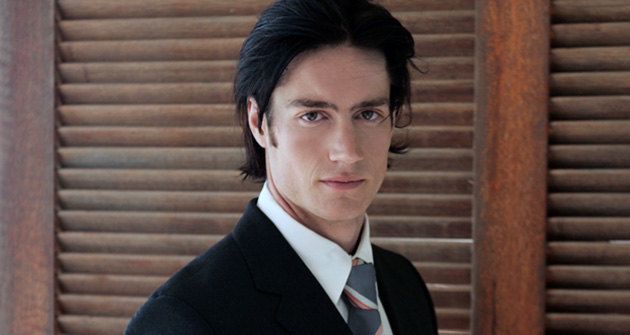 Mr Damien Tomaselli who is presenting his Master´s research work at the 2014 Comic-Con International.

UKZN Master's student in Media and Cultural Studies Mr Damien Tomaselli is currently in San Diego in the United States where he is presenting his Masters Research work at the 2014 Comic-Con International.

Comic Con International is a huge multi-genre entertainment and comic annual convention which attracts thousands of academics, artists and even software programmers.

The 22nd Comics Arts Conference (CAC), one of the leading academic gatherings focusing on comics, is held during the convention and offers panels, seminars, and sessions over all four days of Comic-Con.

Tomaselli is featured in the CAC session focusing on the Comic Arts with his presentation and exhibition analysing how the visual rhetoric of comics is developing with specific reference to digitally manipulated books primarily Madefire's motion books.

‘The Conference merges the latest developments in both academic and industry developments in many realms of digital media including video games, comic books, role playing games, series premiers and film. About 130 000 people are expected to attend the event,’ he said.

Damien is a Lecturer in Cinematography and Digital Media at the AFDA Film School Durban campus and holds South African colours in bodybuilding.